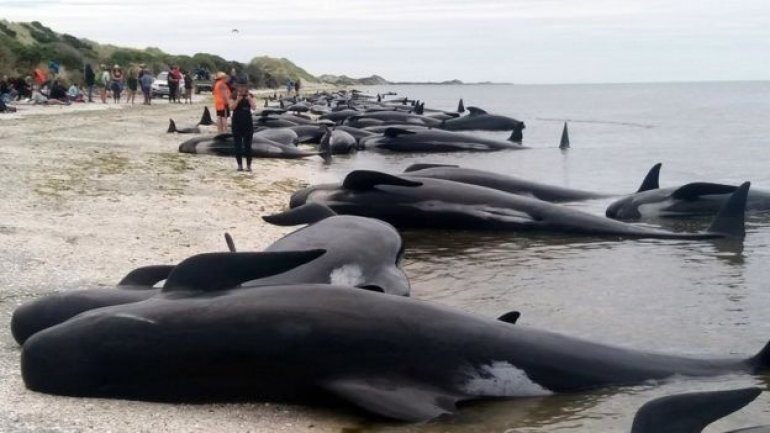 Volunteers in New Zealand are racing to rescue survivors after more than 400 pilot whales beached themselves, BBC reports.

About 300 stranded whales died overnight at Farewell Spit, on the South Island, in one of the worst such cases the country has seen.

Hundreds of locals and conservation officers have been trying to rescue the survivors since early Friday and formed a human chain to refloat the whales.

Scientists do not know what exactly causes whales to beach themselves.

But it sometimes happens because the whales are old and sick, injured, or make navigational errors particularly along gentle sloping beaches.

Sometimes when one whale is beached, it will send out a distress signal attracting other members of its pod, who then also get stranded by a receding tide.