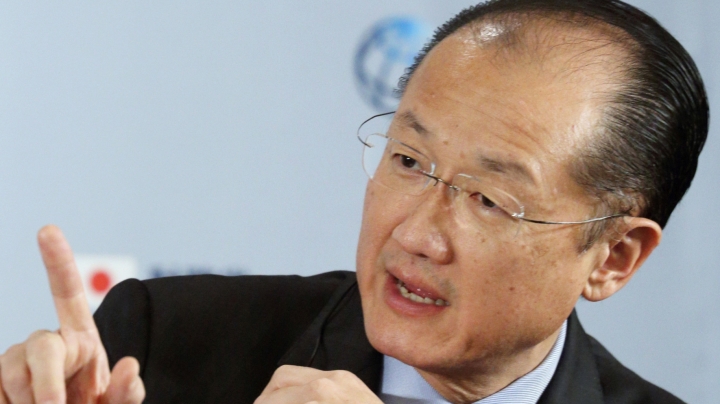 The World Bank's powerful staff association has called for an international search for a replacement to President Jim Yong Kim, pointing to a “crisis of leadership” at the bank just as he begins a campaign for a second five-year term.

“The world has changed, and we must change with it. Unless we revisit the rules-of-the-game, the World Bank Group faces the real possibility of becoming an anachronism on the international stage,” the leaders of the staff association wrote in a letter to the bank’s board seen by the Financial Times.

Mr Kim was appointed president of the World Bank in 2012 and his term runs out next June.

His tenure at the bank has been mired in criticism, much of it from within the bank and related to a difficult restructuring that he has pushed through. But the former activist and medical doctor has also shaken up the institution by pushing it to engage more quickly and forcefully with emerging crises that fall outside the bank's traditional responsibilities such as the 2014 Ebola outbreak in west Africa.

He continues to enjoy the backing of the US, the bank's biggest shareholder. “The United States fully supports [Mr] Kim’s presidency at the World Bank, including the steps he’s taken to enact important reforms,” the US Treasury, which oversees Washington's relationship with the bank, said in a statement to the FT.

The board has begun informal discussions over how and whether to reappoint Mr Kim to a second term and is due to debate the process more formally at a meeting later this month, according to bank officials.

People close to the board said the process was likely to be akin to what happened at the International Monetary Fund, where Christine Lagarde was appointed to a second term earlier this year. There the board invited nominations for other candidates for a limited period before approving Mrs Lagarde's reappointment.