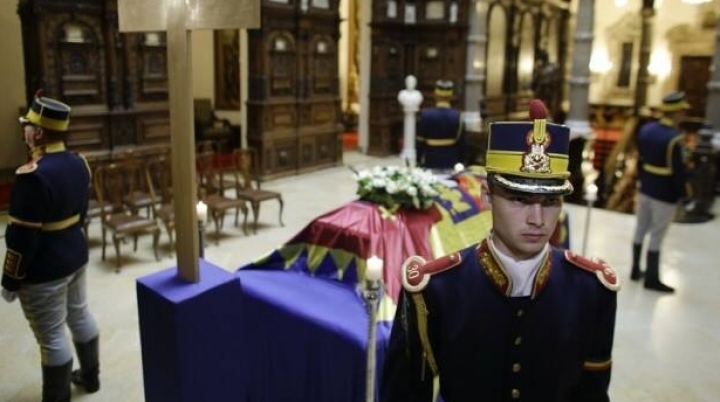 As church bells rang, thousands of Romanians turned out Saturday in a central town for the funeral of Ana of Romania, the wife of Mihai, the last king of Romania.

Romania and neighboring Moldova both observed a national day of mourning Saturday for Ana. A male Orthodox choir sang in a park outside the unfinished cathedral in Curtea de Arges to the hundreds who gathered before the funeral, which was a private service.

Anne died on August 1 in Switzerland at the age of 92. She only first visited the country when she was nearly 70 and did not speak the language. Yet many respect her for her 68-year marriage to Michael, whom she wed months after the communists forced him to abdicate in 1947.

Earlier Saturday, church bells rang around Bucharest, the Romanian capital, and hundreds turned out as Orthodox and Catholic priests held services at the city's Royal Palace before Ana's body began its journey to Curtea de Arges, where members of the royal family are buried. Her body has lain in state this week in Romania.

Four of the couple's five daughters were present for funeral. Princess Irina, who was stripped of her royal title in 2013 after she was arrested with her husband for running an illegal cockfighting ring in the U.S., did not attend her mother's funeral.

Mihai, 94, has cancer and is living in Switzerland. He did also not attend the funeral on the advice of doctors.