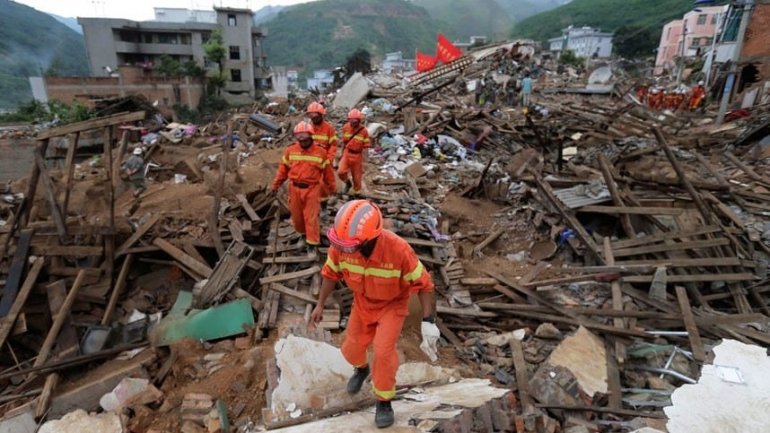 A 7.0 magnitude earthquake struck a remote, mountainous part of China's southwestern province of Sichuan, killing 19 people, including six tourists, and injuring 247, the provincial government and official media said on Wednesday.

The quake hit a sparsely populated area 200 km (120 miles) northwest of the city of Guangyuan late on Tuesday at a depth of 10 km (6 miles), the U.S. Geological Survey said. It was also close to the Jiuzhaigou nature reserve, a tourist destination.

Sichuan is frequently struck by tremors. A huge quake there in May 2008 killed almost 70,000 people.

A separate quake with a magnitude of 6.6 struck a remote part of China's far northwestern region of Xinjiang, more than 2,000 km (1,240 miles) away, on Wednesday morning, the Chinese earthquake administration said. The People's Daily said 32 people had been injured in the mostly rural area.

The Sichuan government said rescuers were gradually evacuating tourists and residents who had been cut off by landslides.

Six tourists were among those killed, according to the official China News Service.

State television said 19 people had been killed, and that most of those injured were not seriously hurt.

The Sichuan government said that as many as 30,000 tourists had been evacuated from the quake zone, leading to traffic jams on the narrow roads.