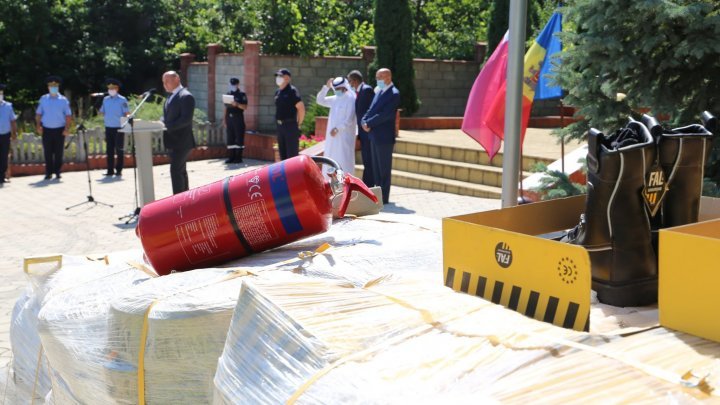 The lot is intended for the General Inspectorate for Emergency Situations and consists of motor pumps, fire extinguishers, fire hoses, hydraulic shears, protective equipment, as well as an intervention vehicle for exceptional situations.The equipment worth 56,5 thousand USD is to complete the material technical base of the firefighters and rescuers from the subdivisions.

The event was attended by the Minister of Internal Affairs Pavel Voicu, the Minister Plenipotentiary for Affairs of the State of Qatar Hamad Khaliid S.M Alsheaibi and the IGSU leadership represented by Major General Mihail Harabagiu.The officials specified the need for the collaboration of both countries in the fields of maintaining public order and security, investigating crimes, but also capitalizing on projects to assist institutions and prevent risks.