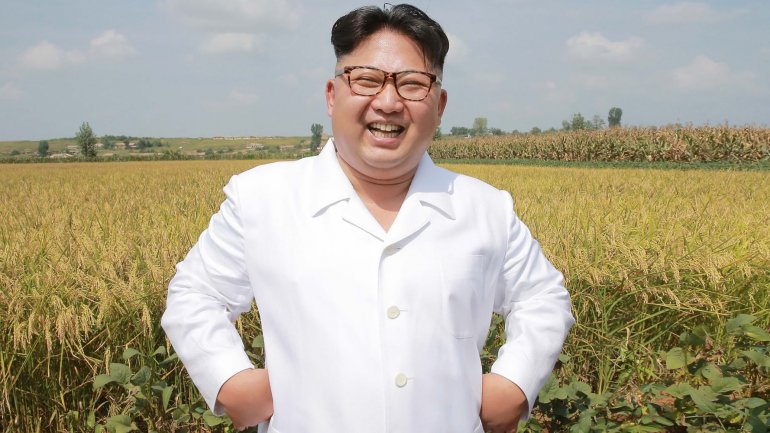 Russian President Vladimir Putin has said pursuing further sanctions against North Korea is "useless", saying "they'd rather eat grass than give up their nuclear programme".

The US said on Monday it would table a new UN resolution on tougher sanctions in the wake of the latest test of a nuclear bomb by the North on Sunday.

Mr Putin also said that the ramping up of "military hysteria" could lead to global catastrophe.

He said diplomacy was the only answer.

China, the North's main ally, has also called for a return to negotiations.

The Russian leader was speaking at the meeting of the Brics group (Brazil, Russia, India, China and South Africa) in Xiamen, China.

Although he condemned the North's test as "provocative", Mr Putin said: "Sanctions of any kind would now be useless and ineffective.

"They'd rather eat grass than abandon their [nuclear weapons] programme unless they feel secure. And what can establish security? The restoration of international law. We should promote dialogue among all interested parties."

Citing a "humanitarian aspect", Mr Putin said millions of people would suffer under tougher measures, adding: "Sanctions have been exhausted."

On Monday, at the United Nations in New York, US envoy Nikki Haley argued that only the strongest sanctions would enable the problem to be resolved through diplomacy.

Ms Haley did not spell out what additional measures might be taken, but diplomats have suggested an oil embargo would have a crippling effect.

There could also be a ban on the North's national airline, curbs on North Koreans working abroad, and asset freezes and travel bans on officials.

On Tuesday, South Korean Foreign Minister Kang Kyung-wha said after a conversation with her Chinese counterpart that she believed Beijing "could be open to more sanctions".