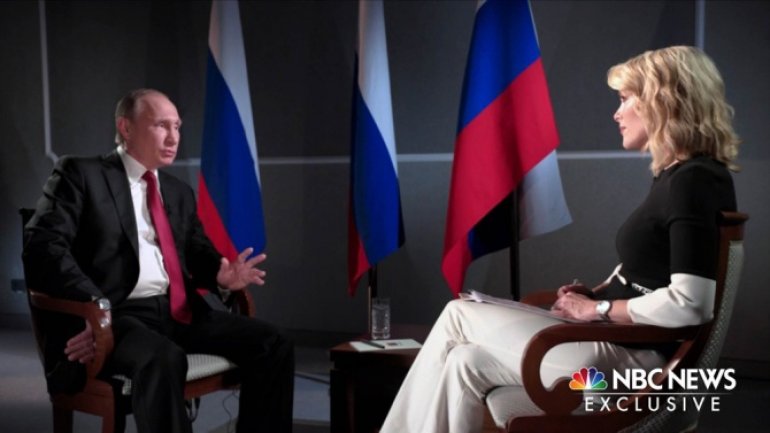 American hackers could have planted false evidence that Russia interfered in the U.S. presidential election, President Vladimir Putin was quoted as saying by NBC News on Saturday.

U.S. intelligence officials have said Russia tried to interfere in the U.S. election by hacking the Democratic Party to sway the vote in favor of Donald Trump, a charge the Kremlin has repeatedly denied.

In an interview with NBC News' Sunday Night with Megyn Kelly, a preview of which was released to media, Putin said hackers in the United States could have made it look like Russia was behind the hack for political reasons.

"Hackers can be anywhere. They can be in Russia, in Asia ... even in America, Latin America," Putin said. "They can even be hackers, by the way, in the United States, who very skillfully and professionally, shifted the blame, as we say, on to Russia."

Speaking at Russia's flagship St Petersburg International Economic Forum on Friday, Putin said the hacking accusations were no more than "harmful gossip" and any evidence cited by U.S. intelligence could easily have been faked.