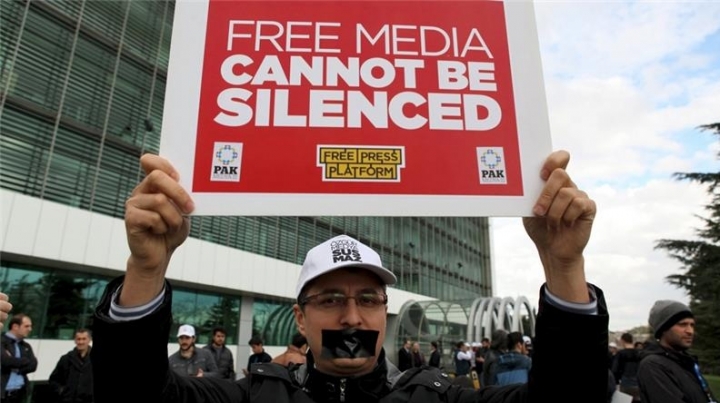 Turkey continues to broaden its crackdown on media with suspected links to the Gulen movement, which the government accuses of orchestrating a failed July 15 coup attempt.

The newspapers were mostly small regional websites but included well-known national titles.
Among the national papers closed were "Zaman," its English language version "Today's Zaman" and "Bugun." These titles and others tied to a Gulen-linked holding company had already been put under state administration earlier this year.

Zaman had been the country's top-circulating paper before being taken over. It was once pro-government before becoming sharply critical in 2013.