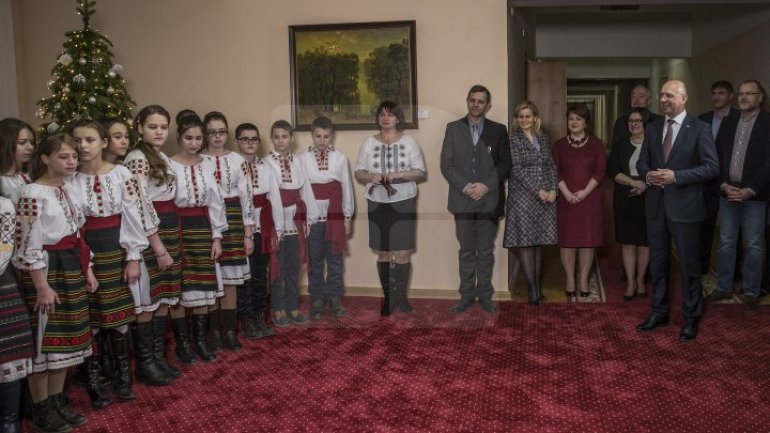 On the eve of the winter holidays, Prime Minister Pavel Filip and the Prime Minister's Cabinet members were visited by several bands singing carols.

Prime Minister Pavel Philip thanked the children for spreading the Christmas atmosphere through carols, offering them candies, Kalach and gifts.

The Chief Executive also invited them to visit the Christmas Fair, where the children met Santa Claus and had fun at the ice rink and the carousel.

These pupils are ones of 1500 children from the left bank of Nistru who visited the Christmas Fair, supported by the Government.

In total, with the support of the Executive, the Fair will be visited by more than 4000 children from all boarding houses and from the country's districts.