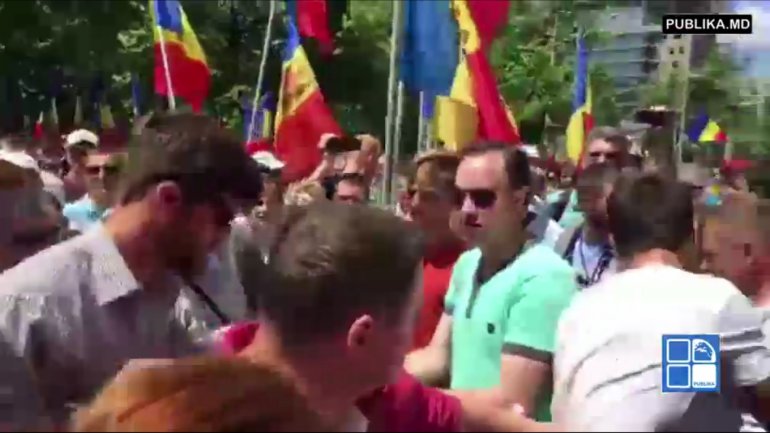 The Publika TV team has been assaulted by protesters in the city center. The protesters against the mixed voting system have threatened the journalists to get out of there.

The opposition and representatives of non-governmental organisation have took it to streets to protest against the mixed voting system. The members of "Dignity and Truth" party of Topa fugitive mobsters and PAS party of Maia Sandu, ere holding a protest in front of the Parliament.