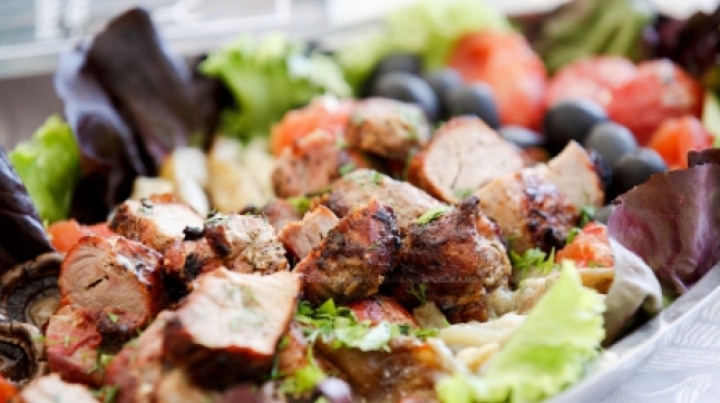 A group of Publika TV journalists have won the cooking contest ‘the Barbecue Battle’, held at Moldova’s exhibition center Moldexpo in Chisinau. Journalists from other media and Moldovan stars joined the contest.

Festival guests tasted the dishes prepared by our colleagues and valued them high enough.

The Publika TV team were the first after gaining the largest amount of money from selling their dishes: almost four kilos. The meat was the main ingredient and was cooked on a special pan.

"It is made from special steel. It’s inert, very heavy, weighs 12 kilograms. The heat is spread evenly and nothing gets burnt,” said Publika TV presenter Alexandru Barbov.

He was also the chef of the Publika TV team, who helped him a lot: "I plaid the main role: I cut and peeled the potatoes, pumpkins, tomatoes and mushrooms. Now let’s  check if the eggs are fresh."

The cuisine battle among reporters and stars takes place at every edition of the Barbecue Festival. The money thus collected will be donated for charities.