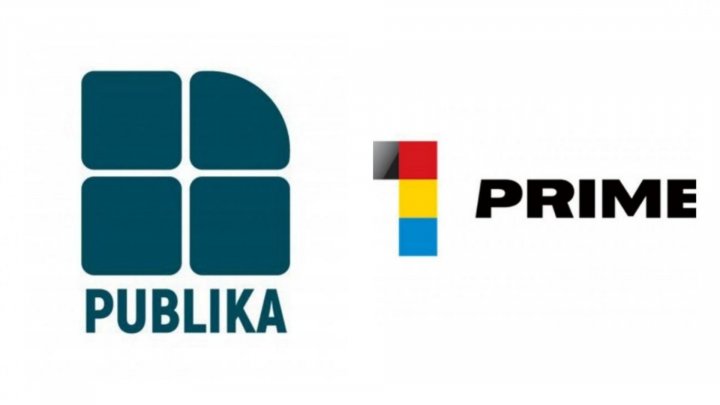 PUBLIKA TV and PRIME TV statement regarding the accusations launched by the deputy Slusari.

Regarding the accusations released in the press by the ACUM MP Alexandru Slusari, according to whom 'the television stations PRIME and PUBLIKA would have been financed with money from the theft of the billion', we make the following details:

2.All the operations of our company are transparent, carried out only in compliance with the laws and norms in force, and these things can be verified and proven at any time by any state control authority.

3.We consider that these actions of associating our television stations with information, of any kind, regarding the use of money from the theft of the billion, are part of the campaign of misinformation, manipulation and propagation of fake news, carried out by politicians of power or politicians with criminal problems, but also by state institutions with the direct purpose of denigrating and putting pressure on PRIME TV and PUBLIKA TV journalists.

4.We remind you that PRIME TV is the most watched television station in the Republic of Moldova, according to all audience measurements and surveys conducted over the years. Also, PUBLIKA TV is the only news station in the Republic of Moldova, having, lately, a substantial increase in the audience and interest in the news, investigations, disclosures and programs produced by us.

5.We should mention that, since the takeover of power by the ACUM-PSRM Alliance, PUBLIKA TV and PRIME TV have been positioned equidistant, balanced and independent from the power and political opposition, carrying out reports, surveys and debates on social-political issues that have has shown and revealed the abuses of the current government. In this context, our journalists have daily felt strong pressure to carry out the job they hold, both from the politicians of power and from the state institutions.

6.We assure all those interested, our partners and collaborators, but especially the PRIME TV and PUBLIKA TV viewers, that we will continue to fulfill our mission of producing the best media products on the market, to the highest standards in domain and we will respect the role of informing the right, professional, equidistant audience.

7.We specify that we will reserve the legal right to sue all those who launch such unfounded accusations, unjustified attacks and actions of denigration against our television stations and our journalists. Also, we will ask directly from those whom we will call in court the recovery of all the financial damages that will be calculated as a result of the image damage caused.