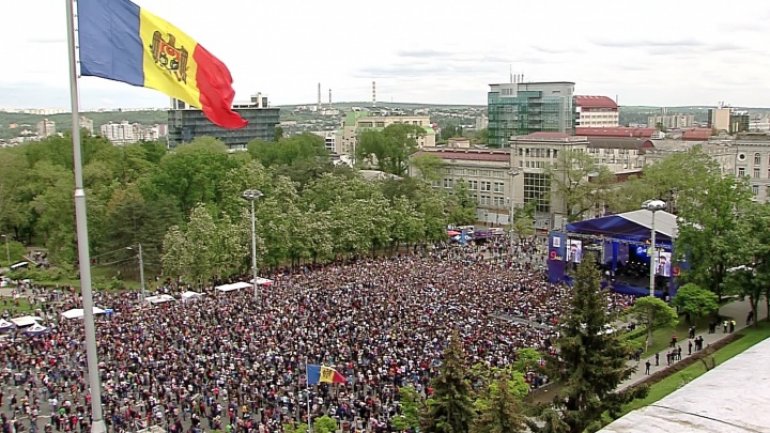 The concert organized by the Democratic Party in Chisinau’s downtown was watched with much interest by TV viewers. Publika TV, which aired the show from the Great National Assembly Square, was among leaders on the market in terms of audience.

According to TV station measurements, carried out by AGB Nielsen media research, on May 9, Publika TV was the second TV station by number of viewers in urban areas.

By 4 p.m. every third viewer in Chișinău and other towns was watching Publika TV.

The concert was intensely viewed on social media, too. Thousands had their devices connected to Facebook, PUBLIKA.MD and YouTube to watch the event.

They watched the boys from O-Zone, generating over 200,000 views of live broadcasting, and generated almost 5,000 comments and over 2,000 distributions.

Publika TV is the only news TV station from Moldova.