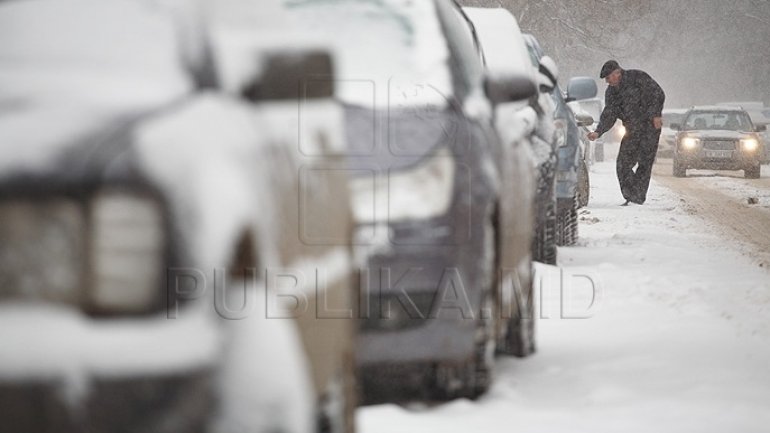 Though the snow stopped for more than a week, public parking lots in the capital are still covered with snow. Transportation Department representatives, who built the parking lots, say it is not their job to clean them up, and the Department of Housing and Utility Services, in charge of snow removal in courtyards and walkways, say they have no money provided for such works.

Most parking lots in Chisinau are blocked by snow and the drivers are trying to cope as they can.

Officials of the City Hall are passing their responsibilities.

"At this stage have not been determined who will manage the car parks, because this project was to enter into force in 2016 and automatically by itself the creation of these parking spaces would solve the maintenance" the said head of the general public transport, Igor Gamretki.

Neither the Housing and Utility Services Department representatives are not willing to take up such work because they have no money and no equipment required.

"At the first snow we could not clean, it was impossible to clean. The first point. Because they are not on flat, straight places and cleaners could not pass mechanically, so that our workers would not be engaged. The second - they are among trees and mechanized car cannot dispose the snow" said the head of the General Housing and Utility Services Department, Petru Gontea.

In 2016, for setting new parking spaces in the capital were spent 25 million lei.