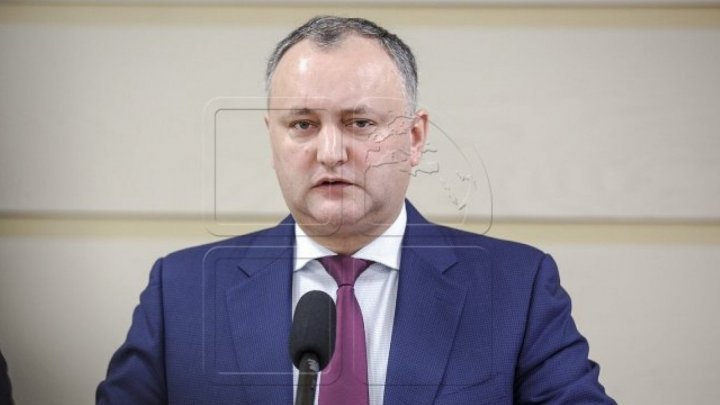 The investigation regarding PSRM's financing is in full process. Multiple persons were heared after the press launched video recordings in which Igor Dodon says to the Democrat leader, Vladimir Plahotniuc, that he was monthly receiving fom Russia money between 700 000 and one million USD.

The declaration was made y the General Prosecutor, Eduard Harunjen, within a talk-show. Harunjen refused to name the heared persons but he mentioned that all the recordings were received and at the end of the investigation he will return with new details.

'We've been noticed and started a criminal case, some persons were heared, I will not name them because I don't have the right', said the General Prosecutor, Eduard Harunjen.

The General Prosecutor also added that the recorded images with Igor Dodon are generating reasonable suspicions of an attempt to the state's security. To mention that PUBLIKA.MD broadcast video images in which Dodon recognizez about receiving money from Russians for PSRM's financing.

Dodon: From April 1 I won't give anything. I asked yesterday Kozak: I have debts for two months for the party. What's next? Kozak: Get into power and let them give to you. Dodon: I must ask Plahotniuc? Kozak: No, I will say that to him.