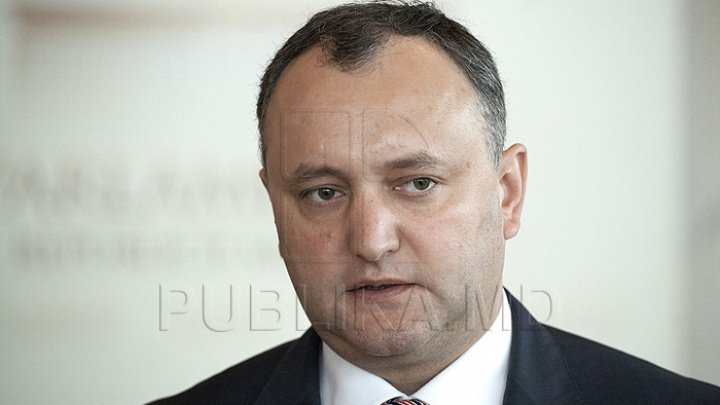 Socialists do not oppose to the verification of the financing sources of PSRM, about what the president Igor Dodon was talking, but they are putting conditions.

PSRM want the eventual investigations to take part after the leadership changes of the General Prosecution.

'The party declared that doesn't see any problems in the party's verifying. Because of that, all the doubts and speculations will be excluded as soon as the Prosecution's leadership and the judicial system will change', said Igor Dodon, the former leader of PSRM.

Ten days ago, PUBLIKA.MD broadcast some video recordings in which Igor Dodon recognized in front of PDM leader, Vlad Plahotniuc of PSRM being monthly financed by Russia with almost 1 million USD. After the apparition of the video recordings, the prosecutors noticed themselves and initiated a criminal trial in this case.

People of law began to gather probes and hearings. PDM fraction of the Parliament requested the MP to establish an investigatory committee for PSRM cause. Democrat's initiative was rejected by ACUM-PSRM alliance.