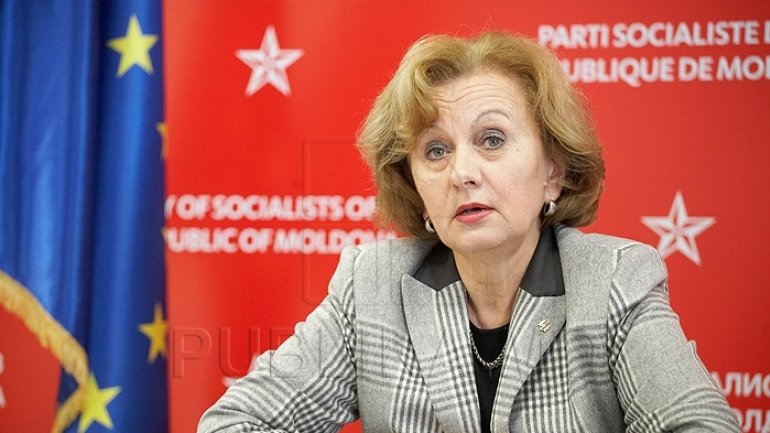 Zinaida Greceanii is the interim president of the Socialist Party of Moldova, after Igor Dodon submitted his mandate as member of the party being elected as head of state.

Greceanii will ensure the interim until December 18th, when the Extraordinary Congress of PSRM will elected a new leader.

Igor Dodon has withdrawn from PSRM, because the new provisions of the Electoral Code require so. According to them, the president can not be a party member.

"To consider the election results and approved by the Constitutional Court, today I decided to submit my mandate as member of the Socialist Party. The decision was approved, it was noted during the meeting of the Republican Council of PSRM" , said Igor Dodon .

"Throughout these five years we have consolidated the team. The team has been strengthened and made stronger. And I think these elections, this election campaign has strengthened us much more" , said Zinaida Greceanii.

Igor Dodon was elected president of PSRM in December 2011 at the 10th Congress of the party.
AFLĂ imediat Știrile Publika.MD. Intră pe Telegram