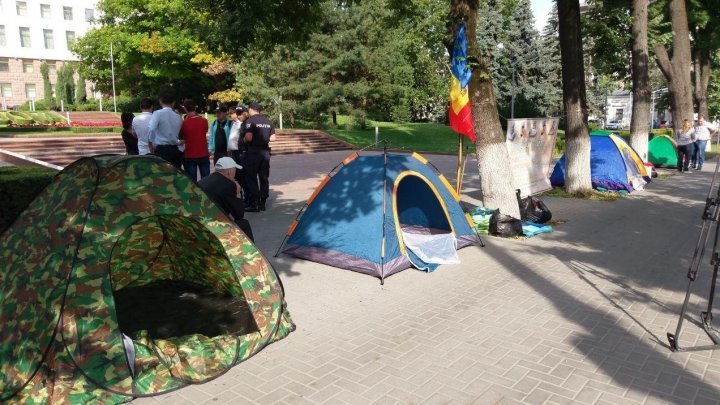 Socialist - ACUM alliance is outraged that Moldova 1 published a report about protest carried out in front of Parliament. The group voiced about hunger strike to reach the resignation of president Igor Dodon.

At the hearings about the activity of Teleradio Moldova, between 2017-2018 and the first senate of 2019, Corneliu Popovici, President of Education, Culture and Research, was disturbed after Moldova 1 broadcast the protest material without having an opinion from the Presidency.

"Moldova 1 and Publika broadcast reports about lot of people rallying in front of Parliament. I passed and saw nothing but few tents. Do you think this report is balanced and could reflect opinions of people? Why didn't you wait for opinions of Presidency?", asked Corneliu Popovici.

In return, director of Moldova 1, Ecaterina Stratan, said that this report was equidistant.

"Institution of Presidency has not come with a comment on this subject. But we can't wait until the day after tomorrow for presidency's reaction. It's a news which happens today", said Stratan.

Publika reminds that a group of Moldovan people rallied in front of Parliament and requested the resignation of President Igor Dodon for his treason. They claimed to wait until the authority fulfilled their requests.

Asked by Publika, representatives of Presidency said that the case was being investigated.