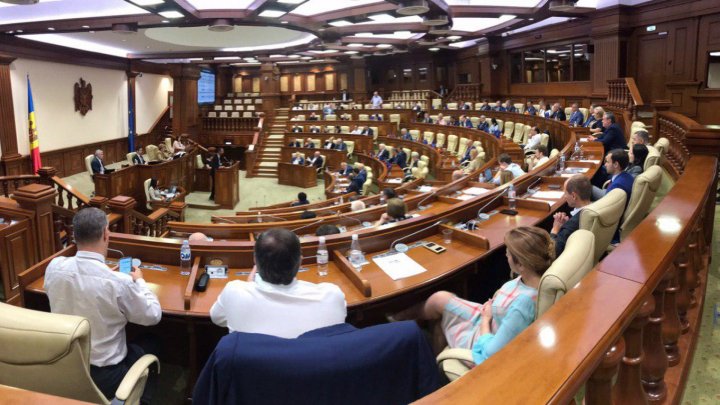 The legal transparency promises of PSRM-ACUM Alliance remain empty. The Parliamentary majority haven't consulted with the Superior Council of Prosecution (CSP) regarding the last Prosecution Law changes, which were approved on a hurry. The one through which the president could name the interim General Prosecutor. The declaration was made within a Governmental forum and the Legal Resources Center of Moldova, by a CSP member, Adrian Bordianu.

Adrian Bordianu mentioned about finding out from the press about the Law changes regarding the Prosecution.

'This law was adopted without CSP's evaluation and a public discussion. Today I found out about it through a live broadcasting of the Parliamentary session', said the CSP member, Adrian Bordianu.

None of the civil society members are liking the changes regarding the Parliament's approval on prosecutors' activity.

'Politicians are forced to do unholy deeds just to brighten up the situation. This change's main purpose is to take over the control of the CSP. I oppose to this change', said the Executive Director of the Legal Resources Center, Vladislav Gribincea.

Some experts are urging the Sandu Government to decide upon the Justice reform.

The Justice Minister Olesea Stamate boasted with a six-pages action plan with no concrete information.

'This plan is about the first 100 governing days, the others are up to one year', said the Justice Minister Olesea Stamate.

Another approved-on-a-hurry project by the Kozak Alliance is about changing the appointing and dismissal way of the General Prosecutor. More specifically, the election of the General Prosecutor wil not take place anymore at the Superior Council of Prosecutors (CSP), but by an independent commission. The initiative also provides the increasing of the CSP members from 12 to 19, some of them being named on political criteria, by the Government and Parliament.

Recently, the Group of States against Corruption, the committee of the European Council specialized in prevention and fighting against this phenomenon was concerned about the lack of transparency and the way of approving such changes, peaked by Prosecution's beheading.