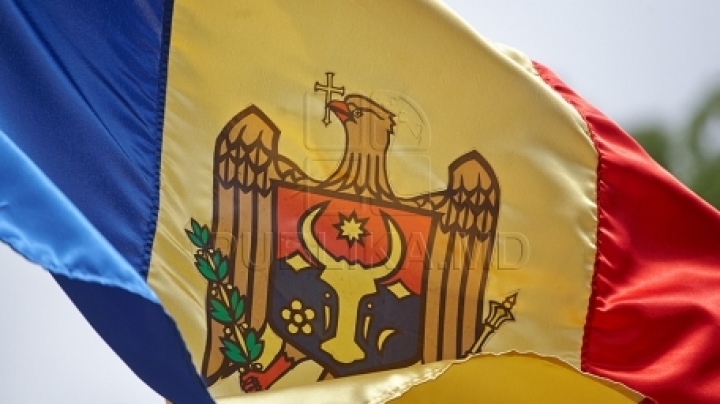 Independence tradition at Publika TV. Today is the official start of a new edition of the "Hoist a flag" campaign dedicated to the Independence Day. At 17:00, we invite you to a special edition devoted to this campaign when the flag will be hoisted at Publika TV.

This year we will visit 25 municipalities in the country to hoist Moldovan flags and to promote the sense of pride for being born in Moldova.

Recently PublikaTV shared thousands of flags during the campaign.

People are very welcoming and show they are patriots and care for the future of Moldova, despite all difficulties.

“To hoist the flag of the country means showing your love for the country, the respect for people. That’s what we want to do. We want to help people show their loyalty for Moldova, Moldovan people and everything that Moldovans love and want,” said GMG general editor Cristian Tabără.

The campaign, which caused an increase in flag sales in recent years, has mobilized the entire country and has strengthened the Moldovans' patriotic spirit since 2010.

Thousands of people responded to our challenge and hoisted the tricolor.

In 2011 we launched the “I am Moldova” campaign and enrolled 70 participants of all ages. Then we celebrated 20 years of Independence with a show of classical music and ethno-jazz in the square of the National Opera and Ballet.

In 2012, we hoisted flags in 50 localities of the country and ended with a "Carla's Dreams” concert.

The “I am Moldova” campaign continued in 2013 when we hoisted flags in Ungheni, Cahul, Varnita, Balti representative buildings, even on the Soroca Fortress.

The campaign in 2013 ended on rock rhythms at a “Gandul Matei” concert.

People from several villages welcomed us in 2014 to hoist flags, but also to tell us that they loved their country and were proud of Moldova.

An unforgettable day was August 27, 2014. Thousands of people attended the closing event of the campaign "I am Moldova" organized by Publika TV in ethno-cultural Vatra complex. The evening ended with a "Zdob si Zdub" epic concert.

We promoted a sense of pride for Moldova last year, and we'll do the same next year. We're glad you answered our challenge to hoist a flag and have sent us pictures from various parts of the country, and also the world.

"It is an important moment when a man hoists the flag of his country. It does not matter what nationality you are, what language you speak, we must unite for the flag of our country Moldova and believe that we must launch as many campaigns to unite as possible, because it is important for our country's future," said GMG marketing director Gheorghi Agadjanean.