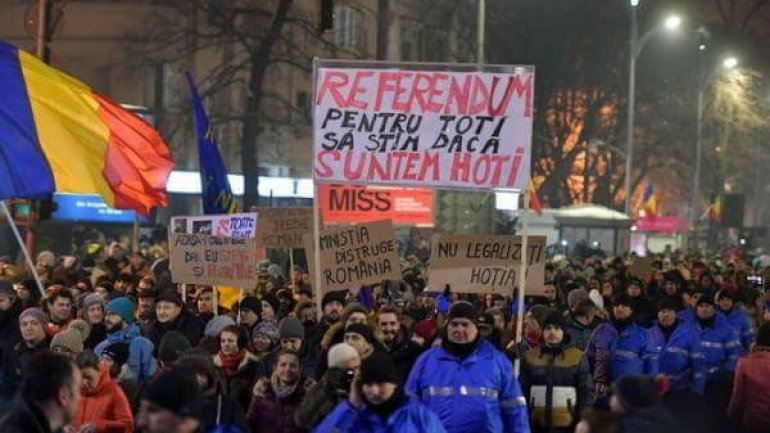 Romania’s government decriminalised a form of official misconduct and pardoned thousands of convicts late on Tuesday night, facing down a surge of public protest and drawing the ire of anti-corruption campaigners.

The social democrat PSD-led government adopted the decriminalisation measure by emergency ordinance, bypassing parliament and despite warnings that the action could thwart the fight against corruption in the former communist country, a decade after it joined the EU.

Florin Iordache, justice minister, said that the decree would decriminalise the offence of official misconduct in cases where the damage was valued at less than 200,000 lei ($47,800).

Within two hours of the move, an estimated 15,000 demonstrators had gathered in freezing temperatures in the capital Bucharest to protest against the decision, claiming that it would undermine efforts to curb graft.

President Klaus Iohannis described the decision as “a grave blow” against the rule of law, delivered by “the enemies of justice”.