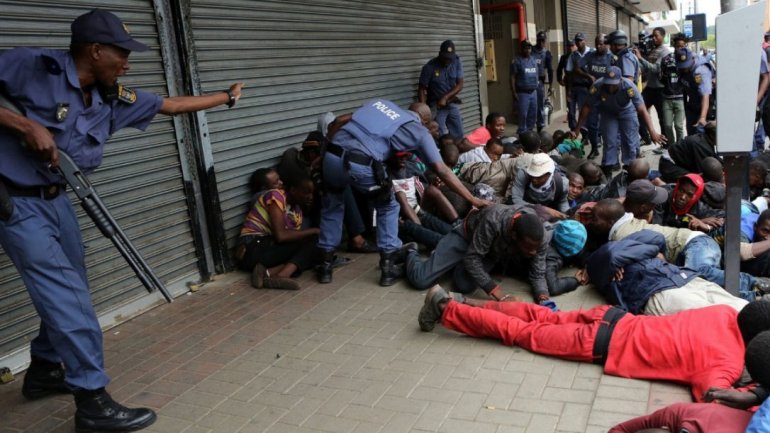 South African police fired rubber bullets, tear gas and stun grenades to break up clashes between local protesters and immigrants at a rally in Pretoria against foreigners.

Hundreds marched towards the foreign ministry on Friday, calling for the deportation of foreigners who they claim have taken their jobs.

Police tried to keep protesters, some of them armed with sticks and pipes, apart from foreigners who were gathered to express alarm about recent attacks.

"There was a standoff between 100 protesters and 100 or so mostly Somali nationals who had come out onto the streets ... saying they would defend themselves, their families homes and businesses," said Al Jazeera's Tania Page, reporting from Johannesburg.