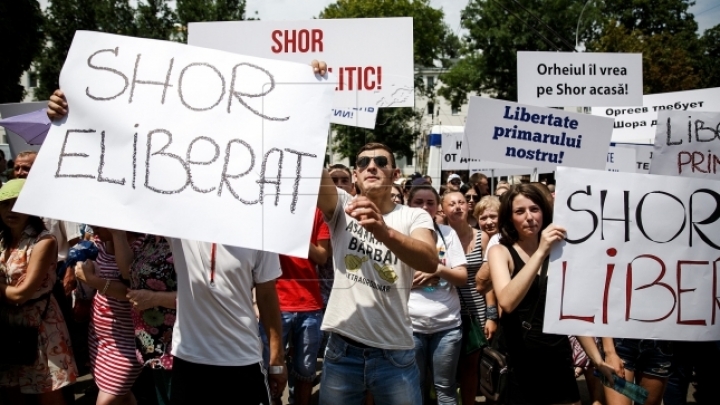 He says he will cooperate with the police and that the decision has been made following the influence of certain 'foreign embassies' and 'bought media.'

(17:30) Hundreds of people from entire Moldova have asked for setting free Orhei mayor Ilan Shor, as a court was to prolong his arrest with 30 days.

The number is set by the organizers at about 1.500 and they menace to block roads.

Shor’s lawyers say he’s got a health problem and can’t stay behind bars.

The prosecutors accuse Shor of swindling huge amount of money, including of releasing bad loans from bust Banca de Economii.

The mayor pleads innocent and says he cooperates with the authorities.