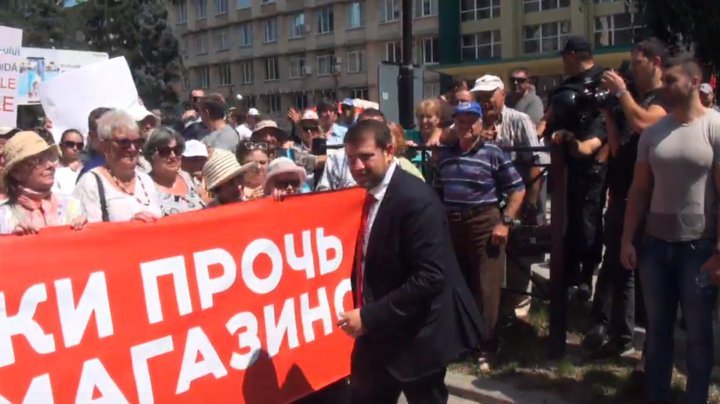 (13:25) After the peaceful protest in front of the two parties, protesters went home. Neither leaders of PAS Maia Sandu nor PPDA leader Andrei Nastase and PPDA  Andrei Nastase went out to talk with protesters.

(12.59) The protesters came to the headquarters of Andrei Năstase's party.

According to the information, about 1,500 policemen and carabinieri were mobilized to ensure public order during the protests.

(12:24) After protest at PAS headquarter where participants shouted "Jos Maia Sandu" (Down Maia Sandu), they headed for the Dignity and Truth Party, which is on Aug. 31 1989 street.

Additionally, the protesters announced they will carry out rally at the Liberal Democratic Party of Moldova.

Șor Party headed by leader Ilan Șor is organizing a protest in front of PAS headquarter.

Protesters are dissatisfied with Maia Sandu's intentions to shut down social shops opened by Șor Party.