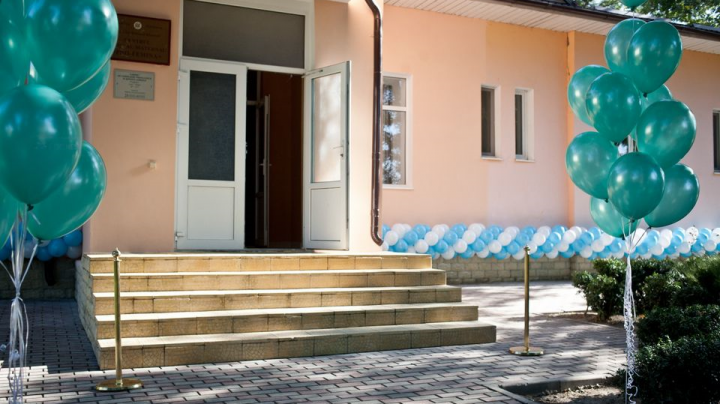 The centre for the support of victims of domestic violence in Drochia now has a modernized office for psychological and legal counselling. Its setting up and equipping with the necessary tools was possible thanks to Vlad Plahotniuc’s Edelweiss Foundation. This is the second office opened in the framework of the campaign “Protected Families”.

The specialists of “Ariadna” centre are admitting that even though they were offering services of psychological counseling, the conditions were bad. The discussions with women aggressed by their husbands, which have to be confidential, were taking place in an office with many windows and could be heard by other people.

“This office is not adequate for psychological counseling. The victim was weary all the time, she was looking around so that no one could hear her. The windows were also an impediment for the woman to tell all what she feels” said the psychologist from “Ariadna” center, Ina Gradinaru.

“This way the confidentiality will be preserved. We hope that the women will be open with other women and will be advised to come to our centre where they can receive legal, psychological and social services for free” declared the lawyer of “Ariadna” centre, Natalia Deleu.

The director of the institution did not have money for setting up a new office, so he asked for help the Edelweiss Foundation.

“We are waiting for this office for 11 years and we have an extraordinary need for it. Not for us, by for our beneficiaries, the victims of domestic violence. We didn’t even dream that we will have such an office” said the director of the centre, Simion Sarbu.

The representatives of the legal institutions in Drochia are also welcoming the opening of such an office.

“The judges, prosecutors, police officers are offering legal assistance and investigating the cases, but the victims also need psychological help. This kind of support cannot be offered by the participants to the penal process, but by the psychological centres and offices. They will offer such a service” declared the prosecutor Victoria Robu.

The first office for offering psychological and legal services to victims of domestic violence was opened in Hancesti.

“It is very important for the society of be solidary with us, because the domestic violence is a social moment which affects all of us, directly or indirectly” declared the Edelweiss project manager, Lidia Cocus.

The next office for free psychological and legal counselling will be opened in Cahul.