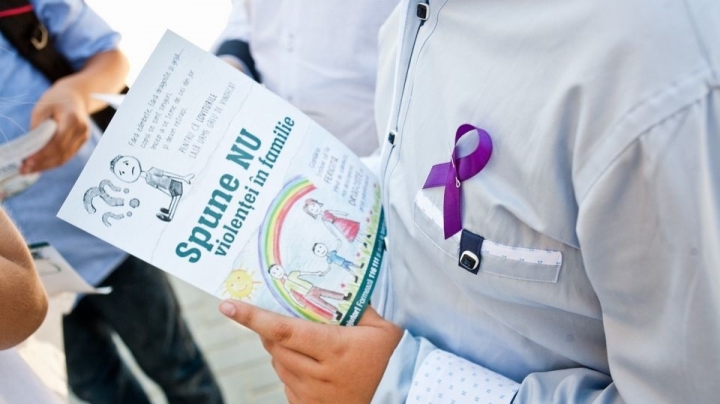 The victims of domestic violence from Hancesti district may benefit from free psychological counseling and legal services. Vlad Plahotniuc’s Edelweiss Foundation has opened the first office where people needing help will receive advice from specialists. The office is in the building of the Maternity Center in Hancesti.

The first office was inaugurated by the main character of the social spot from the campaign “Say NO to domestic violence”.

The victims of the aggression, especially children, are suffering not only physical pain, but also emotional disorder.  The psychologists say that because of fear, the abused persons do not ask for specialists’ help.

“The victim is very restrained, is confident, is closing in his emotional and physical abuse so deep, that she thinks it is normal. That is why the therapy, the work with a psychologist is a long-term process. This is not one or two days of therapy. It is a month, two, years” declared the psychologist Irina Coslet.

In the cabinet opened in Hancesti, the lawyers will try to help the victims of violence to testify against her aggressor.

“In these circumstances, it should be coming with the request from the trial court of some protection measures. Until this point is accumulating all evidence material which confirms that there is a risk for their life and health” said the lawyer Diana Ionita.

According to authorities, the cases of violence take place mostly in the poor families living in villages.

“Some women are not aware that they were or are abused daily, maybe physically, because they think it is normal, that mother and grandmother also was like this. This office is very welcomed” said the director of the Maternity Center in Hancesti, Liliana Buza.

“Our main and most important objective is to work on prevention. The population of the district will be informed through flyers, round tables” declared the head of Hancesti Social Assistance Department, Tamara Calugarul.

The opening of offices for psychological and legal counseling is a part of the second stage of the project “Protected Families”, promoted by Vlad Plahotniuc’s Edelweiss Foundation.

“Each woman, each child is welcomed to come here to benefit from free, confidential and anonymous services. The office is opened in order to prevent the domestic abuse” declared the executive director of Edelweiss Foundation, Lara Moraru.

The next offices for psychological counselling and legal services will be opened in Drochia and Cahul districts.