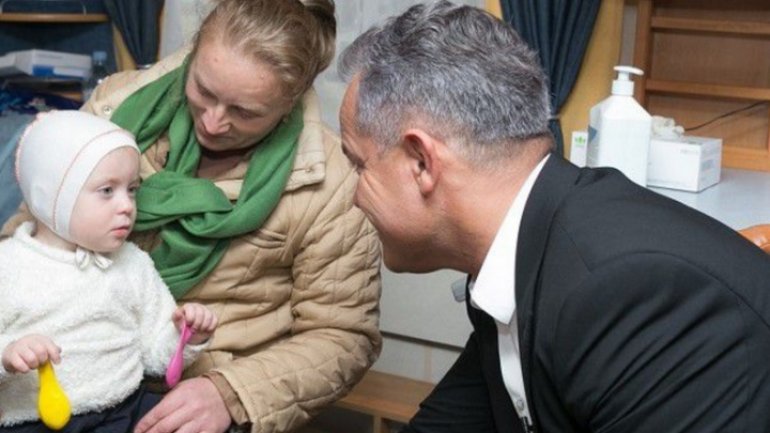 Thousands of women and children have been aided by Vlad Plahotniuc’s Edelweiss Foundation, in the Protected Families campaign. Over 500 counseling sessions have been held with victims of domestic violence since August 2016, when the campaign started.

The Foundation also collected money to help the women staying in shelters because of their intricate situation.

The campaign slogan was "Say NO to domestic violence" and was backed by celebrities from Moldova and abroad.

Offices providing psychological and legal counseling were opened in the towns of Dochia, Hânceşti and Cahul. In December last year, Edelweiss staged a charity concert collecting 300,000 lei and donated to a social center from the village Ciuciuleni, Hânceşti district.

"I think all the good thoughts that the Edelweiss Foundation sows in Moldova will bring as much joy and as much success as we received goodness by receiving this present," said Valentina Geamănă, the manager of the Helmut Wolf Center.

School students were invited to share their feelings as to domestic violence in a contest of drawings.

Vlad Plahotniuc’s Edelweiss Foundation held an ample national campaign to promote the hotline 0800 10 881. Flyers about violence were distributed, as TV stations aired four social ads during all this campaign.