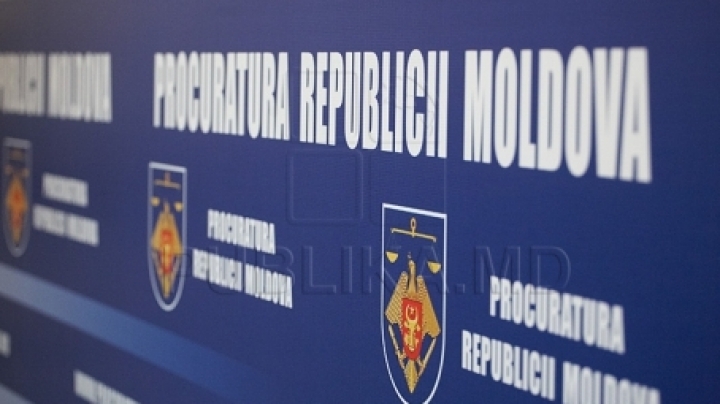 Prosecutors have reacted to the information regarding Socialist Party financing, after a video was published and showed that Igor Dodon admitted receiving up to 1 million dollars monthly from Russia to run the party.

Within a press release, General Prosecution states that the information which appeared in the press has led to initiative of criminal trial in this case. Law enforcement started gathering evidence and hearings of people to elucidate all circumstances, says the press release.

Last Saturday, a video was revealed which showed that Igor Dodon confirmed for the first time that he received 700,000 - 1 million USD monthly from Russia to maintain the party.

At a meeting with Democratic Party leader Vlad Plahotniuc, Igor Dodon said, however, the financing was suspended on April 1. Dodon asked Russian vice deputy Dmitri Kozak on June 6 what he should do further on to obtain the financing.

In turn, Kozak promised to talk with Vlad Plahotniuc.

In this video, Igor Dodon was talking with Vlad Plahotniuc how much money he received monthly from Russia for PSRM.

Vlad Plahotniuc: Look, tell me did they offer you money for PSRM?

Vlad Plahotniuc: I don't think so.

Igor Dodon: You don't think so?

Vlad Plahotniuc: Honestly, that exceeds our expense to operate PDM.

After this proof was published, PDM announced to notify all authorities to make investigation regarding this legitimacy.

Meanwhile, Our Party leader Renato Usatîi gave away on a TV 8 show that informal leader of Socialist Party, Igor Dodon, obtained many properties in Russia including in Crimea annexed by Russia, and gained accounts of dozens of millions dollars in Switzerland banks.

"From where could Dodon gain millions USD? It's about dozens of millions of dollars. Does he have any businesses? A part of his money is in Europe. He has a lot of proper in Russia and Crimea. After his meetings with some Russian governors, he sent Ciubara there. Of all these transactions were ran by Vadim Ciubara, one of his closest men. He is also holding the Accent TV channel", mentioned Usatîi .

He also added that Dodon, along with Zinaida Greceanii, has luxury apartments in Moscow.

"The first Moscow apartments were bought after the Parliamentary elections of 2014. He took some money meant for the voting campaign and bought for himself, Greceanii, Ciubara and another person that I can't remember, four apartments in a luxurious house of Moscow", added Usatîi.

We recall that according to the law, foreign financing for a Moldovan party is prohibited. Foreigners, anonymous people, international organization can't donate money for party.

The Electoral Code also prohibits direct or indirect funding, as well as material support in any form of electoral campaigns of electoral competitors by other states, by foreign, international and mixed enterprises, institutions and organizations, as well as by natural persons who are not citizens of the Republic of Moldova. This money is confiscated by court decision and gets into the budget.