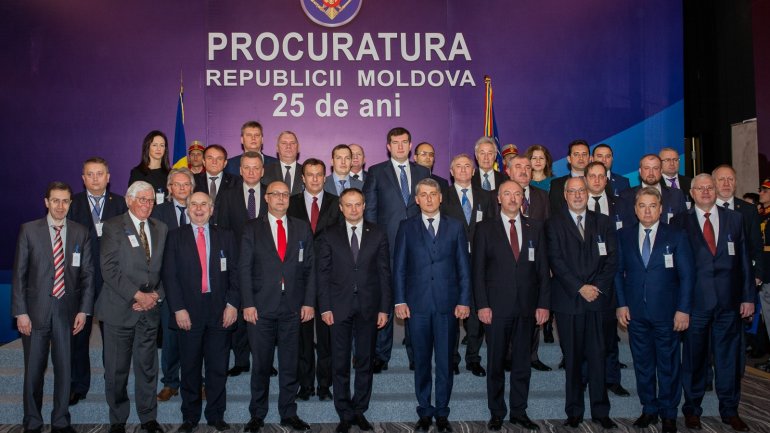 The General Prosecutor Offices of Belarus and Moldova are determined to intensify cooperation.

The matter was discussed during the meeting between Prosecutor General of Belarus Alexander Konyuk and his Moldovan counterpart Eduard Harunjen in Chisinau.

As BelTA learned from the Belarusian embassy in Moldova, Alexander Konyuk was in Moldova on a working visit that marked the 25th anniversary of the foundation of Moldova's General Prosecutor Office. He took part in an international conference held in Chisinau on the development prospects of the modern prosecutor's office, independence and specialization of prosecutors.

The conference discussed the main achievements as a result of the structural reforms of the Moldovan General Prosecutor's Office as part of a new legal framework, quality and efficiency of prosecutors' performance, including in the fight against terrorism, organized crime and especially grave crimes, and also cooperation at the international and regional levels.

Prosecutor General Alexander Konyuk noted that Belarus and Moldova are connected by almost 25 years of diplomatic relations. The nations of the two countries have common history and enjoy friendship relations.

There is a wide legal framework of more than 60 international agreements that regulate priority areas of cooperation in economy, law, culture, science, education and healthcare. Belarus and Moldova have recently intensified a high-level dialogue. The two countries have been maintaining intergovernmental ties.