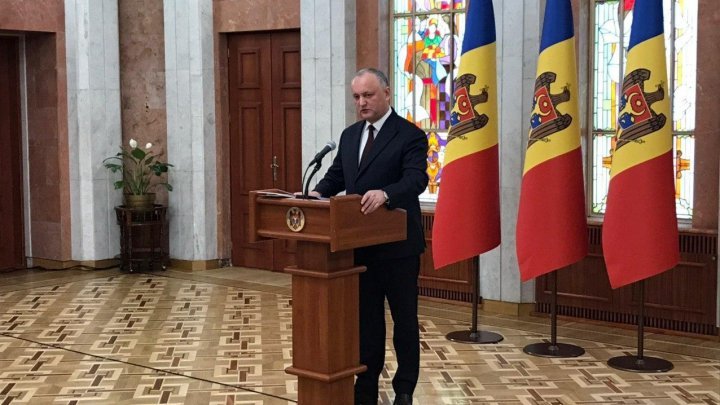 President Igor Dodon has announced after the meeting of the Supreme Security Council. The head of state did not provide further details, but said more information would be announced in the coming weeks.

"Over the last two to three months, the Prosecutor's Office and the investigative bodies have indicted ten bankers, searched several institutions. I would like to inform you, without going into details today, that there is substantial progress in terms of investigating bank fraud, "said Igor Dodon.

A few weeks ago, searches were carried out in the bank fraud case. Anti-corruption prosecutors went down to the National Bank of Moldova from where they picked up several documents.

At the beginning of March, searches were carried out at the headquarters of the Central Bank in the same file. At that time, six people, members of the former and current leadership of the NBM, were detained.
AFLĂ imediat Știrile Publika.MD. Intră pe Telegram