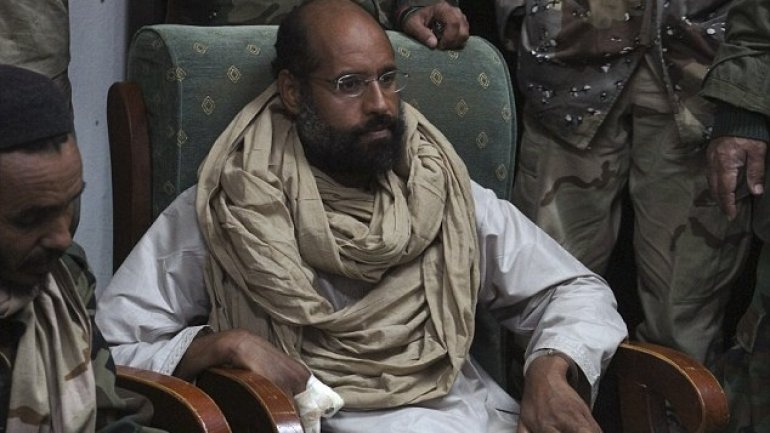 The International Criminal Court chief's prosecutor Wednesday called for the "immediate arrest and surrender" of Moamer Kadhafi's son Seif al-Islam, who was reportedly set free by a militia in Libya.

An arrest warrant issued by the Hague-based ICC against Seif in 2011 "remains valid and Libya is obliged to immediately arrest and surrender Mr Gaddafi... regardless of any purported amnesty law in Libya," Fatou Bensouda said.

Seif al-Islam, the second son and heir apparent of the late deposed Libyan dictator, was said to have been released on Friday by a militia that controls the town of Zintan in western Libya.

The group, which had held Seif al-Islam for more than five years, said he had been set free under an amnesty law promulgated by a parliament based in the country's east during the Muslim holy month of Ramadan.

But the prosecutor general's office in Tripoli, where a rival UN-backed administration is based, said the amnesty could not apply to Seif al-Islam because of the severity of his crimes, saying he was still wanted for a 2015 conviction.