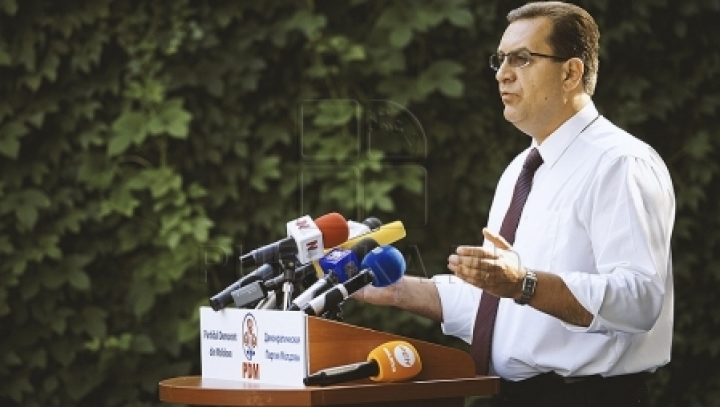 The first candidate for president has unveiled his properties. According to  Ziarul de Gardă, the president of the Democratic Party from Moldova (PDM,) Marian Lupu, lives in an apartment in Chisinau and has a garage. As for income, the Democrats’ candidate declared but his salary of a parliamentarian.

According to the publication, the Lupus’ apartment has a surface of 136 sq. m. The value of the dwelling of four rooms and a balcony is one million lei ($50,000.) Marian Lupu got the flat in 2002, when an Economy Minister, and got the garage a year later.

Since 2013, Marian Lupu has also shown the incomes of his wife Victoria, a professor with the Economic Studies Academy. She has had monthly incomes of about 2,000 lei. Victoria Lupu a university lecturer specialized in International Economic Relations.

Marian Lupu’s life is modest if compared to the luxury in which Andrei Năstase lives, the candidate of the Dignity and Truth Party of the Ţopa mobsters. According to media reports, the wedding godson of the runaway gangster Victor Ţopa has a real palace in Chișinău. Năstase’s house has officially a surface of 156 sq. m, according to cadaster data, and would cost over 2.2 million lei.

In fact, realtors assess the surface is much larger, as is the value. The dwelling is registered to Andrei Năstase’s mother, Ana, who actually lives in a modest village in Teleneşti district. Năstase and his wife own a one-room flat in Chisinau with the surface of 31 sq. m. The media wrote the DA Platform Party leader would have a house in Germany, in the city where his wed godfather lives, the gangster Victor Ţopa, criminally sentenced in Moldova.

In Germany, Năstase also has a luxurious car worth several million lei. An investigation of today.md revealed the leader of the Dignity and Truth Party also used to receive huge amounts of money from abroad and owns important properties in Moldovan and Germany.