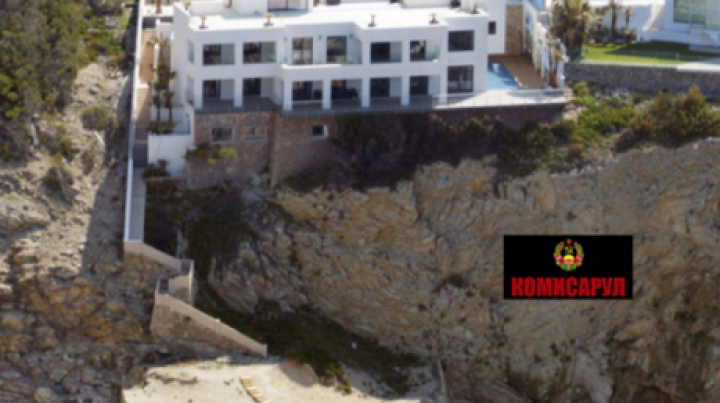 The journalists from Today.md discovered several financial issues related to political-financial clan behind the "Dignity and Truth' Platform in an attempt to find traces of the revolution in Chisinau and obscure interests that finance that achievement. From dangerous russian emissaries funding Moldovan journalists, to connections between members of soviet origin clan, their fortune, part of which is now directed towards financing the so-called revolution.

The sergean Victor Topa, ex-Minister of Transport and Civil Aviation and chief during glorious attacks on the branch - producced along with Vlad Filat under Peter Lucinschi, attracted particular attention.

Thus, according to the Spanish registrar, the owner of the house built on a Gran Via Formentera 3, Snata Ponsa town( Palma de Mallorca) was the off-shore company - FRONETEX LIMITED.

Cypria provides another interesting document, about the registration of  FRONETEX LIMITED company. According to the document, the owner of the company is  Ana Topa, wife of Victor Topa.

Some of the money, most likely stolen from Moldova, transfered through AEROFLIGHT LIMITED și German Aviation Capital schemes were taken by FRONETEX LIMITED, Ana Țopa. After that Fronetex Limited buys 5.2 million euro luxury property in Mallorca, where Topa family spend long summer nights with their guests.

Incontestable evidence of a questionable transaction for both law enforcement agencies of Moldova and Germany, Romania or USA.