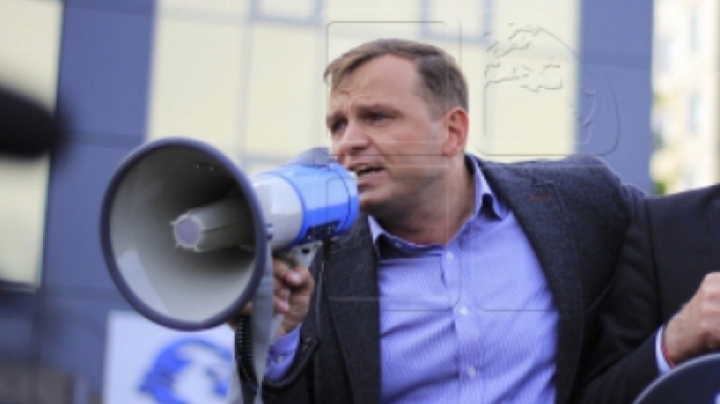 The DA Party of Topa mobsters, led by Andrei Nastase, continues the dirty campaign of denigrating the Democratic Party.  A proof of this are the electoral flyers which were shared in Cocieri and Corjova localities in Dubasari district.

The residents of the mentioned localities have sent to the PUBLIKA.MD editorial office photos with the distributed flyers. Moreover, the authorities of the villages from Transnistria, subordinated to Chisinau, claim that they have been warned by the KGB from Tiraspol to not allow the distribution of materials with promotional character of the PDM candidate, Marian Lupu.

The political observers affirmed many times that behind the DA Party of Topa fugitive convicts might also be the interests of the Russian special services.

PUBLIKA.MD reminds that the democrats have contested to Central Election Commission the dirty campaign of the DA Party nominee, Andrei Nastase, behind which are the mobsters Topa.

PDM accuses the fact that the representatives of DA Party are distributing denigratory flyers in the address of democrats and of the PDM first deputy president Vlad Plahotniuc, with the objective to affect the image of the candidate Marian Lupu.

According to a PDM statement, the calumnious activity was included in the Promo-LEX report of observing the presidential elections on 30 October 2016.

Also, in the appeal PDM accuses Andrei Nastase for starting the electoral campaign much earlier than 30 September 2016 and conducting an illegal process of collecting signatures.

The democrats are requesting the Central Electoral Commission to detect the breaches done by the representatives of Nastase, to prohibit the broadcasting of denigratory flyers, and to fine Andrei Nastase.