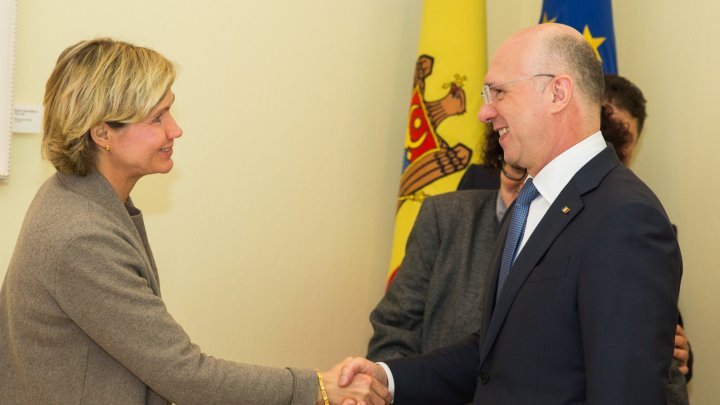 The officials exchanged views on the ongoing projects and the prospects for further development of the cooperation between the Moldovan Government and the World Bank.

Prime Minister Pavel Filip expressed gratitude for the continued support given to our country from the World Bank in the reform agenda and the Partnership Strategy by 2020.

The sides have reviewed the projects implemented with the support of the World Bank in various areas - energy, education, environment, business climate improvement, road infrastructure and E-Government. In this respect, Pavel Filip and Satu Kahkonen exchanged views on the actions to be undertaken for the most effective implementation of the projects.

The prime minister stressed the need to set priorities accurately by developing clear visions of the development of each sector.

"We must spend the external assistance as efficiently as possible, make efficient use of it to benefit the Moldova's citizens. Therefore, after the Government's reform, the Ministry of Finance which is capable of using effectively financial resources will be responsible for the coordination of foreign assistance,"said Pavel Filip.

The Head of the Executive has stated that programs implemented with the support of the World Bank respond exactly to the Government's objectives - to increase the quality of economic governance, to provide better public services in terms of health, education and infrastructure, to support the development of a dynamic and innovative environment business, reducing bureaucratic burdens.

Officials have pleaded for further capitalizing on the possibilities for expanding the partnership between the Government and the World Bank.