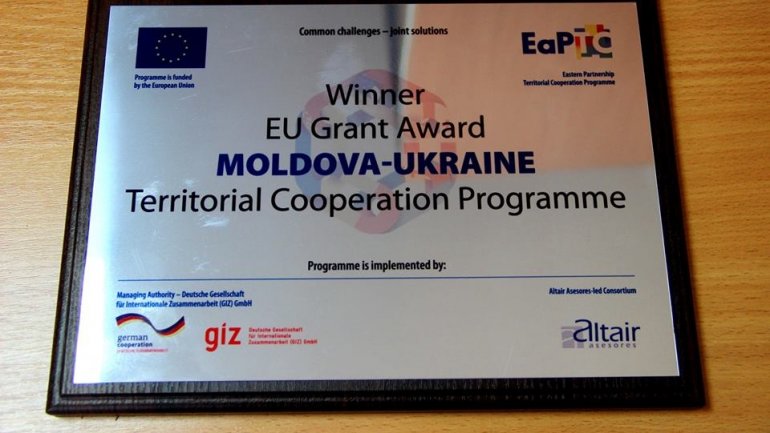 The general objective of the project is the reduction of the environmental, economic and social impact of natural disasters and risks through the timely notification and information of citizens and public authorities.

Civil Protection and Emergency Situations Service, in cooperation with the Ukrainian partners, will implement the project "Development of an early-warning territorial system in case of floods in Prut river region".

It comes in the context of the financial support from the European Union offered through the program of Eastern Partnership of Territorial Cooperation Moldova-Ukraine in the period 2017-2018. Thus, on February 1st 2017, took place the ceremony of signing the contract of grant for the fulfillment of the mentioned project, and in the period 2-3 February 2017 the representatives of Emergency Situations Service will participate to the training dedicated to the project's implementation.

The specific objective is to design in collaborative format of a new early-warning system in flood-prone regions of the river Prut in Ukraine and Moldova, which can be expanded nationwide.

The project will result in an integrated early-warning system that is able to inform the competent authorities and in an emergency case, to send signals to communities from flooded regions of Prut river from Cernauti and Moldova.

The program will have a social, economic and environmental impact by reducing the human and financial costs of flooding. According to the technical concept to be installed 7 buzzers in 4 cities of northern Moldova (Criva Drepcauti, Sireuti and Lipcani) and 5 buzzers in 5 cities of Cernauti region (Costiceni, Koschulyany, Molnytsya, Negryntsy, Novoivankovtsy).