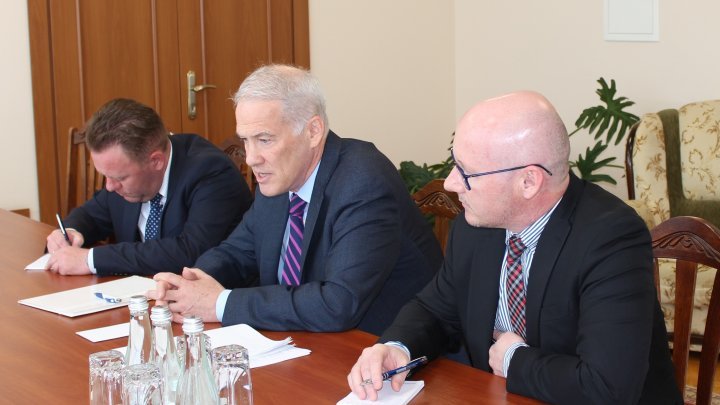 A meeting between Deputy Prime Minister Cristina Lesnic and the head of the OSCE Mission to Moldova Michael Scanlan has been held.

Officials discussed the preparations for the official meeting in the "5 + 2" negotiation format to be held in Rome, Italy on 29-30 May.

The importance of ensuring continuity in the negotiations and delivering concrete results in the implementation of the protocol decisions signed by Chisinau and Tiraspol in November 2017 and April 24, 2018 was specified.

The two also referred to the dynamics of the working groups. In this respect, Deputy Premier Cristina Lesnic pointed out the importance of starting the working group for human rights, whose composition was recently approved by Chisinau, with the submission of a proposal to convene a joint meeting with the participation of experts from both banks of the Dniester.

At the same time, there was a review of the progress made in the case of the Latin-script schools in the Transnistrian region, the apostille of the diplomas of neutral studies issued by Taras Shevchenko University in Tiraspol, the agricultural fields in the Dubasari district, the free movement on the bridge between the localities Gura Bâcului and Bacioc, the organization of the interaction in the field of electronic communications and progress regarding the cars with plates from the left bank of the Dniester River. The obligation to solve these files are reiterated.

The situation in the perimeter of the Security Zone was also discussed, pointing to the necessity to respect the previously assumed commitments, including the restoration of the bridge infrastructure between the localities of Gura Bâcului and Bâcioc and facilitating the free movement on it.