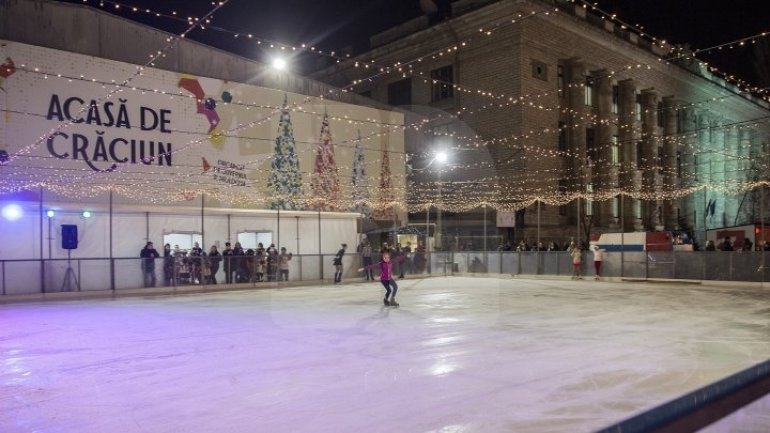 The program of Christmas House Fair is changed today due to the New Year' Eve.

Accordingly, the Fair, the ice rink as well as 22 wooden cottages will be closed at 20:00.

On the New Year's Eve, the two entrances to the Christmas Fair, both in Mitropolit Gavriil Bănulescu-Bodoni and Aleksandr Pușkin Street, will be closed.

Access to the restaurants on August 31, 1989 will be from București. On the New Year's Eve, the Great National Assembly Square will host a concert from 22:00 till 2:00 the next day.

On January 1, 2018, the Christmas Fair will start the ordinary program with ethnic cultural recitals.

The Christmas House Fair is organized by the Moldovan government in European style, on August 31, 1989 street.