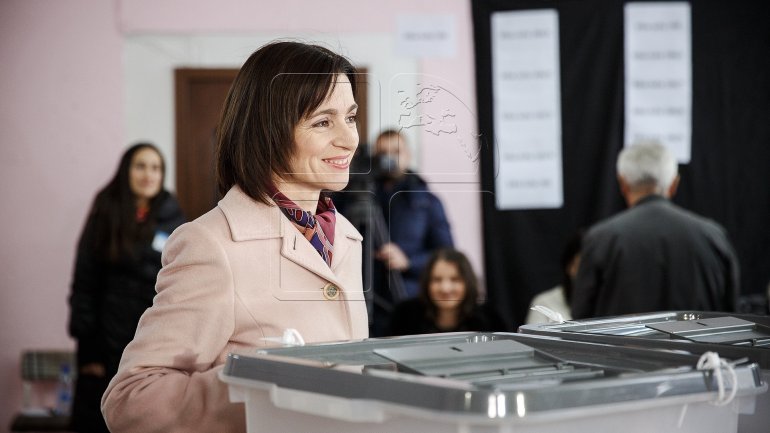 The PAS candidate, Maia Sandu, is 44-year-old was born in Risipeni village. She has been Minister of Education  for three years. At the end of 2015, he has left the PLDM party of Vlad Filat and has formed her own platform, which later became a party.

She joined the Executive of the World Bank in Washington, an served as CEO adviser of the instituion for two years.

Maia Sandu became known after the drastic reforms implemented in education. Maia Sandu continued working during the Gaburici mandate to the government.

She no longer continued working in the composition of the new government led by Liberal Democrat Valeriu Streleţ and at the helm of the Ministry of Education came Corina Fusu.

Maia Sandu has held the position of Deputy Chief of Department at the Ministry of Economy, and economist at the World Bank Office in Chisinau.