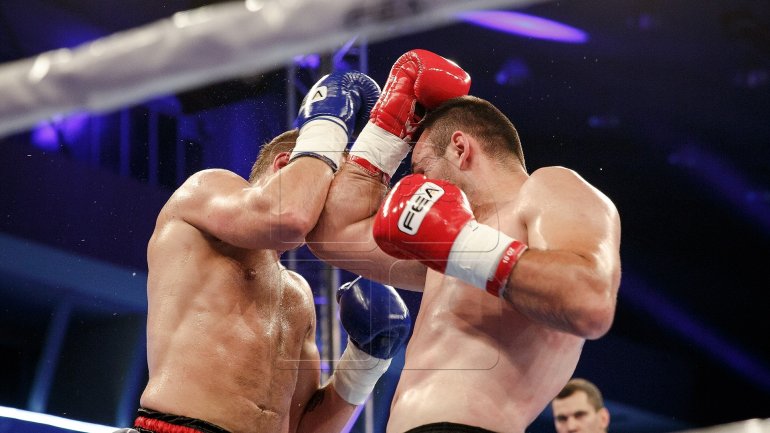 Fighters are expected to show a good fight. The show has already begun: the eccentric fighters outfits have attracted the worldwide attention at the conference today,December 9th, on the eve of the match. Fighters have competed in tough statements in front of journalists.

Some fighters have made a show at the press conference on the eve of the KOK gala. The fighter Constantin Rusu appeared before journalists in a weird costume.

The Romanian Bogdan Nastase has presented himself in national clothes.

"They keep training everywhere. I'm training a little tougher. From pushups to running, everything is a little bit harder." , said the fighter Bogdan Nastase.

KOK gala will take place in Chisinau with 15 total fights, one female. One of the most important duels of the evening will be the confrontation between the Moldovan Maxim Bolotov and the Belarusian Igor Bugaenko.

The highlight of the evening will be the pyramid in the category of 85 kilograms. In the semifinals, the Ukrainian Rostislav Karp will face the Polish Stanislav Zaniewski and Moldovan Aurel Ignat will fight the Romanian Daniel Alexandru. The winners of the two semifinals will compete in the final for the trophy.

"It will be a beautiful match, only because I came to win the trophy. This is the second time I am fighting in this pyramid, but this time I want to go home with the trophy" ,  said Daniel Alexandru.

Aurel Ignat pointed out that words do not draw attention to the opponent. He will do his best and hope that the trophy will stay home.

Organizers promise an amazing show at the Polyvalent Hall.

Chisinau KOK Gala, which will take place on Saturday evening and is organized by the FEA Association.