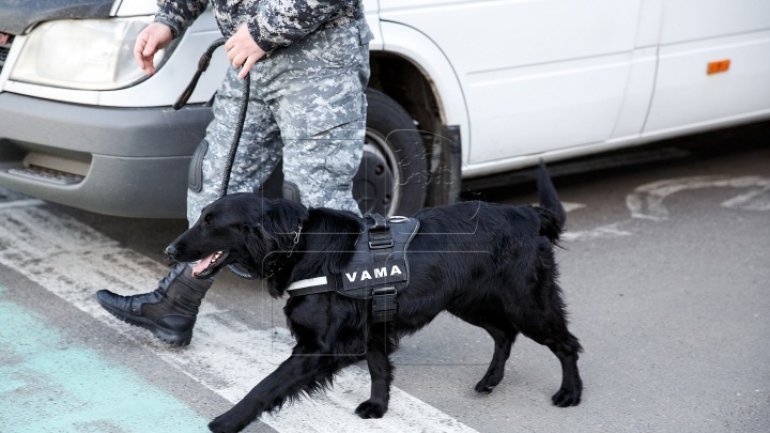 An always actual problem is smuggling at the frontier. Still, entire lots of undeclared or forbidden goods don’t get to pass the frontier thanks to performing appliances and good training of Moldovan publicans. The Customs Service has organized today demonstrative applications that show what is done when the law breakers try to commit illegalities.

The publicans received an operative information about a lot of illegal cigarettes and narcotic substances transported in a van according to the scenario. The policemen needed to apply force because the smugglers didn’t subject to the summons to stop.

The mobile teams of the Customs Service effectuated over 200 retentions. The confiscated illegal goods value in total over 21 million lei.

Vitalie Vrabie, the chief of the Customs Service said that they intervened over several criminal groups that practiced smuggling with products and goods of wide consumption on the transdniestrian region perimeter.

Also proved the abilities the trained dogs, they being of great help to the publicans. The quadruped chose namely the package in which were hidden cigarettes of the eight packages.

There are trained 20 dogs within the Customs Service. For five years already the dogs are trained in a special center. Last year, one of the quadruped, named Barry, detected a record lot of narcotics. We’re talking about 136 kilos of heroine, in total value of 22 million euro.

The cars seeming suspicious to the publicans are verified using the baroscope.

The dogs of the Customs Service contributed to the counteraction of 136 attempts of smuggling in the last one year and a half.