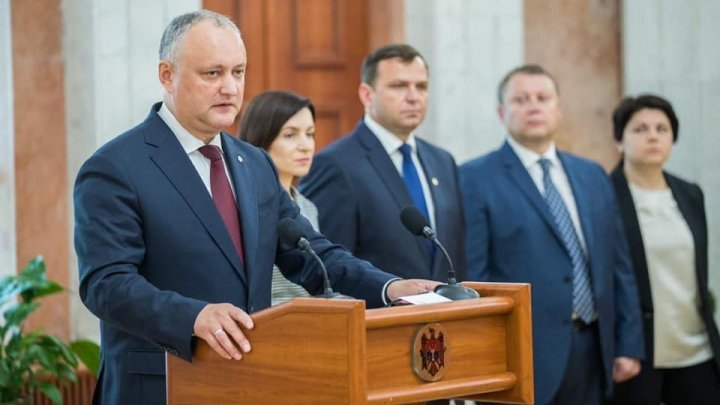 An abroad or Moldovan General Prosecutor. It seems this is the Bone of Contention of the PSRM-ACUM Alliance. Even though the PM Maia Sandu insists on General Prosecution to be led by a person from abroad, the state president, Igor Dodon, stays into his position and claims that this position can be owned only by a Republic of Moldova citizen.

'This is my and for sure of many other citizen's position of the Republic of Moldova that the General Prosecutor must be a citizen of the Republic of Moldova. We have professionals here, for any function. We must organize a public contest, a transparent one, and to give possibility for professionals to manifest', declared Igor Dodon, the state president.

Yesterday, the Government endorsed the modifications of the Law about Prosecution. Mostly, the document is about excluding the obligation to own a Moldovan citizenship for the further Prosecutor. But the Minister of Justice announces that this document contradicts the Law of citizenship, according to which, only the citizens of the Republic of Moldova have the right to occupy functions that imply exerting public authorities, such as the Prosecutor one. Therefore, Maia Sandu expects the Parliament to modify the legislation.

'I'm proposing us to keep in the document the fact of changing the legislation to permit the naming of a General Prosecutor without Republic of Moldova citizenship and this will be discussed in the Parliament already. I don't have any patience left', said the PM, Maia Sandu.

The Law bill regarding the Prosecution was voted by the Parliament in the first lecture. For it to become a Law, the document must be supported in the last lecture as well.

Also, the last word has the chief of the state, that must promulgate the Law.