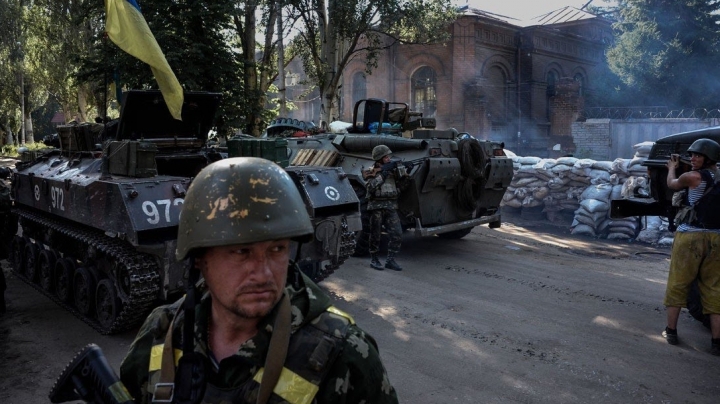 The combined Russian-separatist forces attacked the Ukrainian army positions in eastern Ukraine 72 times in the past 24 hours, according to the press center of the Anti-Terrorist Operation (ATO) Headquarters.

In particular, 33 cases of enemy fire were reported in Donetsk and Mariupol sectors, and six attacks in Luhansk region.

Thus, in Mariupol sector, the militants fired 122mm artillery on the village of Vodiane 20 times, while Shyrokyne, Talakivka and Starohnativka were attacked with 120mm mortars. Moreover, the militants used 82mm mortars, grenade launchers, and BMP weapons to shell Ukrainian positions near Talakivka.