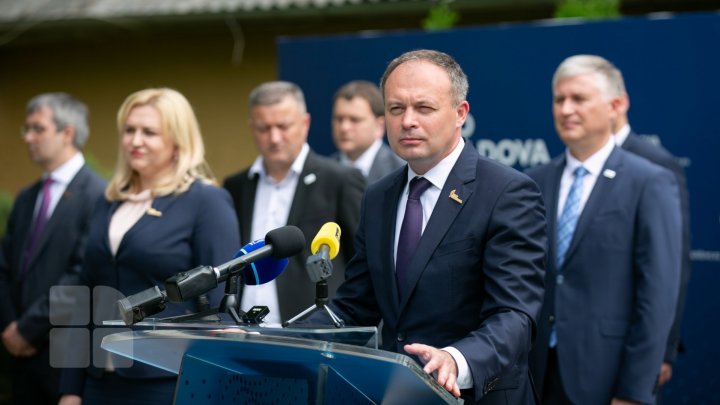 PRO MOLDOVA was officially registered as a political party. The announcement was made by the party's president, Andrian Candu, in a press conference. The former Democrat says the party has a center-right doctrine and advocates for democratic values. The party's foundation congress took place in early June. PRO MOLDOVA leader Andrian Candu said the party was created in the context of a moral, economic and health crisis.

"The country is administered by people without verticality, without vision and in the interest of a single person. The Government and Parliament have been transformed into instruments of political struggle, being excluded from the decision-making process. The PRO MOLDOVA Political Party unites the energy of free people who believe in the need for a new Republic", said Andrian Candu.

Andrian Candu claims that the party he leads will be actively involved in the political life of the country.

The Parliament's Press Service has not replied to our request for comment. Instead, the adviser of Prime Minister Ion Chicu, Vitalie Dragancea, mentioned that the country is facing the COVID-19 epidemic, it would be appropriate for the politician to unite to overcome the crisis.

The PRO MOLDOVA leader also said that the party has not yet decided whether or not to have its own candidate in the autumn presidential elections.

"In the run-up to the 2020 presidential elections, PRO MOLDOVA will have a pragmatic position that will give the country a chance for a new republic", said Andrian Candu.

6000 signatures were collected for the formation of the party and 23 territorial organizations were created. The PRO MOLDOVA parliamentary group was formed in February, after several Democrats left the PDM faction, dissatisfied with the alliance with the PSRM. The party currently has 14 deputies.