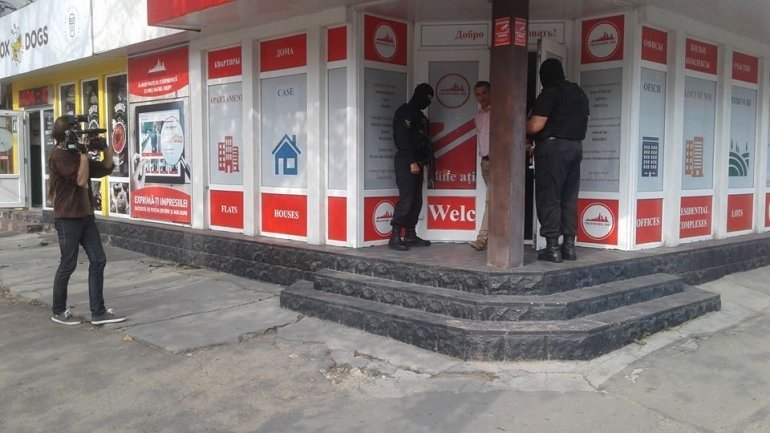 PUBLIKA.MD reminds that two people in the Pro Imobil company were detained by prosecutors for Organized Crime and Special Causes.

(11:29) Two board member from Pro-Imobil were detained by officers of the Prosecutor's Office for Combating Organized Crime and Special Causes (PCCOCS).

(09:51) Prosecutor's Office for Combating Organized Crime and Special Causes , together with Fraud and Economic Crime Unit searched the headquarters of "Pro-Imobil" Company, for tax evasion in large amounts. The Company's administration is suspected to cause harm in the state's budget of over five million lei.

The searches are being performed in the company's headquarters, as well as the board members houses and vehicles.

According to the prosecutors, "Pro Imobil Grup" organized and used a scheme in their business activities through multiple third parties, when offering their services to obtain a residences using cash, as such many of the transactions were not registered in the accounting office, thus changing the total amount of income the company supposedly had.

The investigation proved that within the company, around 80 retailers worked unofficially, with a salary of 2.700 euro per person.

It was also determined that some acquisitions were made in foreign currency, without being registered in the accounting office.

Some of the transactions were made on another retailer's or  person's name, who represented the interests of  "Pro Imobil Grup" and afterward alienated, thus making unregistered income.

Throughout the years 2015-2017, by not registering the correct amount of income, "Pro Imobil Grup" managed to avoid taxes in the amount of 5 million lei.