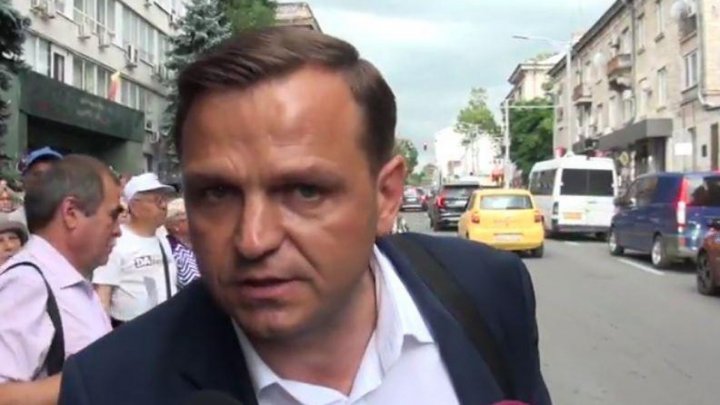 Prime-minister Pavel Filip condemns PPDA leader's attitude, because he allowed himself to use an obscene language against journalists. According to the prime-minister, Nastase declares himself a pro-European, but his behavior proves straight the opposite.

"He is a hate-bringer and splitter with a vocabulary of a tramp, and these qualities do not match with the European values and principles at all. First of all, if we want to reach the European Union's level, we must become ourselves Europeans. Thus, it is not politician-like to use such expressions", declared Pavel Filip.

Politic annalists also support the idea that such a behavior is intolerable and dangerous for the society. Some opinion-creators are thinking that through his unbalanced behavior, the marionette of two fugitive criminals Viorel and Victor Topa tries to gain attention and voters.

"The most opposition politicians are emotional unstable. Such things happen because they choose to make show. It seems that they don't even notice their bad behavior because their entourage is so. Those around them are claiming that they had a great speech, when in other way it seems like a degradation. When the rating causes such a behavior, it becomes dangerous for society", said sociologist Ian Lisnevski.

"When you lack experience and have a difficult temper, you admit such shows. More regretful is the situation when such slips are made by politicians who self-promote themselves as adepts of European culture", mentioned political analyst Anatol Taranu.

The political analyst Vitalie Catana has the opinion that the PPDA leader Andrei Nastase and his team are choosing in their entourage only convenient people, and those who don't share their visions are blamed.

"-It's a sensitive subject for me, as my grandparents who were deported to Siberia, I do not either understand what are these "lists" for.
The lack of intellect, wisdom and psychological power to answer the questions and offer explanations.
-They made lists of uncomfortable journalists.
-They also made expert list", declared the politic analyst Vitalie Catana.

We tried to contact Andrei Nastase to give him the right to reply, but he didn't answer the phone call.