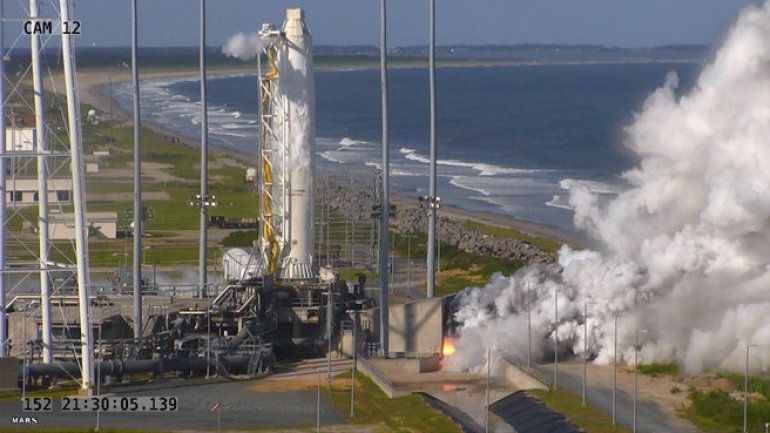 Orbital ATK Inc., a private US company, has successfully launched an Antares rocket carrying supplies for the international space station.

The Antares rocket is topped with a Cygnus spacecraft carrying 2,300 kilograms of cargo for science experiments and supplies for the crew, according to NASA.

While the precise reason was never determined, the failure was linked to Orbital's use of old Soviet technologies.

Since then the rocket has undergone a major redesign. Rocket's booster stage was manufactured by Ukraine's Yuzhnoe Design Bureau, while its main engines were built in Russia, Ukraine Today writes.