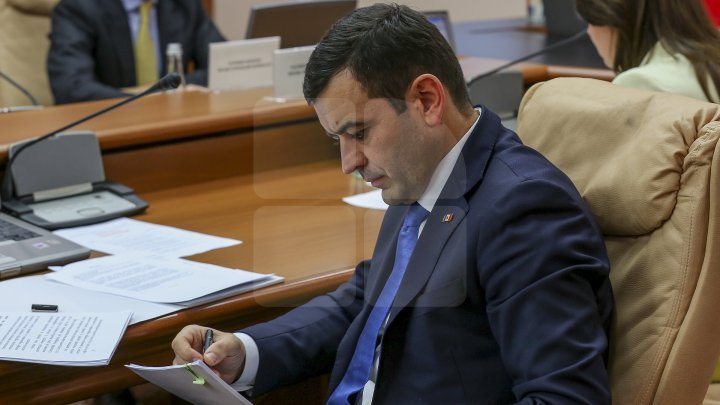 In the meeting, the Parliament and the Government set common goals and priorities for 2018, agreeing on the timing of actions.

Members of the Government and MPs discussed the legislative agenda and commitments to development partners.

These include the necessary energy packages, the development of road infrastructure, the II and III tranches of EU macro-financial assistance, etc.

The Minister of Economy and Infrastructure mentioned that "this practice of joint meetings is a good platform for cooperation between representatives of Government and Parliament".

In this context, Minister Chiril Gaburici presented the priorities of the institution he's leading.

"The Ministry of Economy and Infrastructure has proposed to focus on seven priorities for 2018.

"The first priority is the road infrastructure. The Road Fund will be reorganized so that it can effectively contribute to the repair and maintenance of roads.

"The second priority is to attract investment, by developing IT parks, strengthening the economic diplomacy framework.

"Another priority is the Free Trade Agreements, in particular with the European Union, by maintaining strategic dialogue with the European Commission through the Committees and the Subcommittees of Association. In parallel, we will focus on the conclusion of free trade agreements with China, the United Arab Emirates, Qatar, Japan, Egypt.

"Energy security is another priority of the Ministry of Economy and Infrastructure. We will focus on the diversification of energy sources, the possibility of using renewable energy, but also the commissioning of the Ungheni-Chisinau gas pipeline.

"Regulatory reforms - another priority aimed at reducing the number of permissive acts, including construction, as well as the single window.

"The last two priorities are to increase the efficiency of state-owned enterprises and to develop the communication field, including by ensuring access to the network, "the Minister of Economy and Infrastructure said at the meeting.

Chiril Gaburici reiterated that the Ministry of Economy and Infrastructure assumes the commitments and continues to rely on the support and collaboration with the ministries and the Parliament.