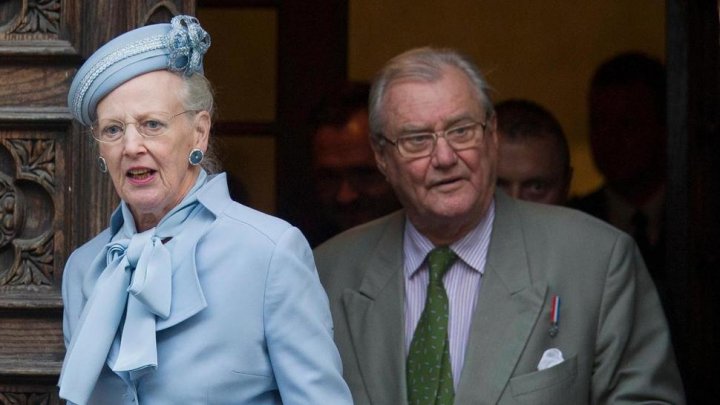 Prince Henrik, the French-born husband of Danish monarch Queen Margrethe who publicly vented his frustration at not being the social equal of his wife or their son in line to become Denmark's king, died late Tuesday. He was 83.

He was diagnosed with dementia last year and was hospitalized late last month with a lung infection. Earlier in the day, Henrik was moved from a Copenhagen hospital to the family's residence north of the capital, "where he wishes to spend his last moments," the royal palace said.

A later statement said Henrik died at 11:18 p.m. in his sleep and that the queen and their two sons were at his side.

Crown Prince Frederik, an International Olympic Committee member, had left Pyeongchang before the official opening of the Winter Games to rush home because of his father's worsening condition. During Henrik's final illness, Danes wrote on the royal household's Facebook page, offering warm thoughts to his family.

The Danish royal family has no political authority, but is one of the world's oldest kingdoms and prides itself on stability. Henrik, however, caused a scandal last August by announcing that when he died he didn't want to be buried next to Margrethe in the cathedral where the remains of Danish royals have gone for centuries. The queen already had a specially designed sarcophagus waiting for the couple.

Henri became Henrik and converted to Denmark's state Lutheran Church. However, he found it difficult to fit in with Denmark's egalitarian lifestyle.

He was titled prince consort — the husband of a reigning queen but not a king — and he wasn't in the line of succession — his oldest son Frederik being the heir.

In September 2017, the palace announced that Henrik had undergone tests at Copenhagen's university hospital. The diagnosis was dementia and "the extent of the cognitive failure is greater than expected," the palace said.

In January, he was admitted to a hospital with a lung infection and later was said to have a benign tumor.