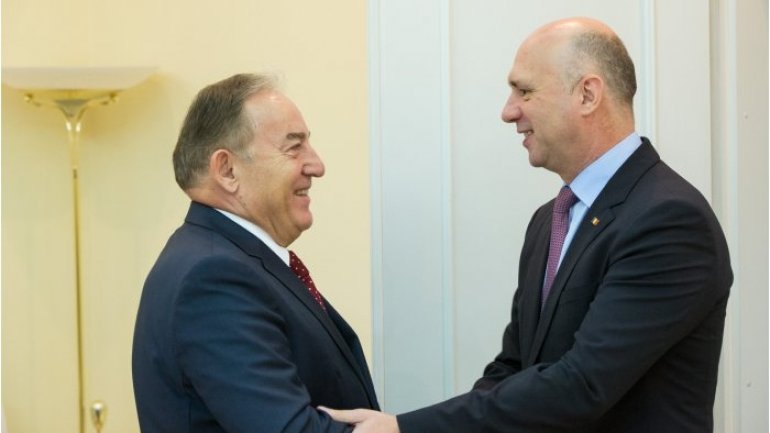 Prime Minister Pavel Filip today had a meeting with Ambassador of Turkey to Moldova Hulusi Kiliç, occasioned by the diplomat’s accreditation in Moldova. The officials discussed the friendship ties between the two countries and possibilities to diversify the commercial relations, Moldpres informs.

The prime minister welcomed the Turkish diplomat in Moldova, stressing that he relied on his support and involvement in deepening the bilateral relations. In the context, Pavel Filip referred to the importance of the free trade agreement between Moldova and Turkey, which entered into force on 1 November 2016.

In this context, the sides discussed possibilities to increase the Turkish investments in Moldova. The PM touched upon measures already taken by the government to create an attractive business environment for investment. “While other investors were making calculations, the ones from Turkey were already investing in Moldova and I think that they benefited from this,” the prime minister said.

For his part, Turkish Ambassador to Moldova Hulusi Kiliç said that he was set to develop friendship relations and strengthen the partnership in the commercial and economic sectors between the two countries.

The officials also exchanged opinions on programmes on development of the Autonomous Territorial Unit of Gagauzia. In the context, the sides discussed the participation of PM Pavel Filip and Turkish Deputy Prime Minister Tuğrul Türkeş in the Investment Forum Invest Gagauzia-2016, due in Comrat on 5 November.